The role of the defender has changed over the years in Gaelic football with more emphasis placed on the player’s ability with the ball, and what they can do moving forward from their defensive positions over the more ‘old fashioned’ skills of just trying to stop your man from scoring.

This is still important and the five players below characterise all these traits to their finest.

The Mayo man would have serious competition for the number 1 slot on this list but for the fact that Dublin stalwart Jack McCaffrey has stepped away from the Dublin panel for this year’s Championship.

The Westport man, a winner of four All Stars made his name as a rampaging,attacking half back on the Mayo sides that came so close to All Ireland glory under James Horan and Stephen Rochford.

The 30 year old is equally effective being used as a designated man marker in his team’s defensive structure though, testament to just how good the former Footballer of the Year really is.

The Kilcar man may be diminutive in stature but his skill on the field and importance to Donegal more than make up for this.

The three time Ulster Championship winner is now one of the most prominent members of Declan Bonner’ s team along with Michael Murphy and his understanding with the Donegal captain is vital to his county’s attacking game plan.

Though often deployed as a half back, Mchugh is more than capable of changing a game in his county’s favour with a score or a quick change of pace, and will no doubt be an integral part of his manager’s plans to bring Sam Maguire back to Donegal for the first time since 2012.

The Dublin defender may be from the hurling stronghold of Cuala but it is most definitely on the football pitch for the Dubs that the 31 year old has made his name.

Since his debut in 2010 Fitzsimons has clocked up seven All Ireland’s as Dublin took control of the inter county scene, and Fitzsimons has played a major role in many of those successes.

His ability to marshal his defence and his direct opponent mark him out as a cut above many of his fellow defenders, while his positional sense and tackling mean that no forward is ever going to have an enjoyable day if they see Fitzsimons lining up against them at the beginning of a match.

Meath may no longer dine at the top table of the football championship but in their star defender Keogan they have a player worthy of his place on this list.

The swashbuckling defender spent much of his early Meath career playing the part of the man marker, designated to the oppositions star forward, which resulted in his natural game being stifled.

These days though fans are used to the half back marauding up the field, consistently aiding his attacking colleagues, adding another layer to the Meath attack. This form saw the Rathkenny man justifiably nominated for an all star in 2019, form Meath fans will hope can continue when the 2020 All Ireland Championship finally gets underway.

The second Mayo defender to make the list, but just as deserving of his place among the top defenders in the country, Durcan has developed into one of the finest half backs in Ireland.

Since his debut for the Mayo team the Castlebar man has proven to be a man for the big occasion as his performances in Mayo’s run to the semi final in 2019 and the All Ireland final in 2017 highlight.

His attacking instincts coupled with his defensive skills make him a nightmare for opposition forwards when they face Mayo, as he not only has the ability to nullify the attacking player , but also turn them and make them go back towards their own goal trying to stop him. 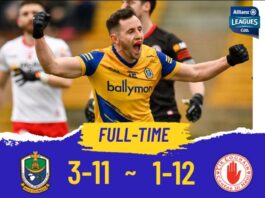