Brooks Koepka set to miss Masters after surgery: The world number 12s knee surgery could possibly rule him out of this year’s Masters.

Brooks Koepka has thrown his Masters this year in doubt after undergoing knee surgery. The world number 12 remains out, having not played competitively in over a month. His last appearance came in his victory at the Waste Management Open in Phoenix.

Koepka confirmed to Golfweek that his operation took place on March 16th and was beginning recovery. However, with the Masters fast approaching, the American hasn’t shown signs of a swift return.

The 30 year old posted on his social media images of him post operation with a bandage on his knee. The caption read “only one way to go from here” with the “up” labelled in the form of an arrow.

Only 1 way to go from here ⬆️ pic.twitter.com/cE5EH9e4tS

He told Golfweek that his injury was a knee cap dislocation with ligament damage. The injury occurred while out with his family not long after his win at Phoenix. However, he said this time around; there will be no rushing back early until 100% sure he’s ready to play stating.

“Whatever my body says, I’m going to listen.”

With the Masters set to begin on April 8th, Koepka will be in a race to recover for the major. Although, with his knee in the early stages of recovery, the outcome of him making an appearance looks ever more doubtful. 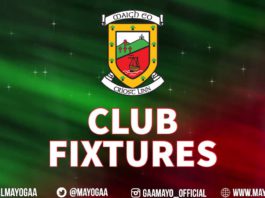