Coleman wants World Cup for Ireland: Ireland captain Seamus Coleman is confident in his players ahead of qualifiers.

With Ireland still without a World Cup appearance since 2002, captain Seamus Coleman believes this run will be broken. Ireland’s last few attempts at an appearance on the world stage have ended in playoff disappointment.

Arguably the closest the team has ever got was in 2009, losing to France in extra time. However, speaking in front of members of the press this morning including sports news Ireland, Coleman is confident in this new squad.

Stephen Kenny has breathed much needed life into the team with a mixture of youth and experience. Coleman speaking this morning in Belgrade ahead of the match, also shunted off retirement claims after this campaign.

“My frame of mind is I want Ireland to get to the World Cup.

I want to fight for my country. When that ends, that ends. It’s never a case of it being, Ah; this could be my last one. 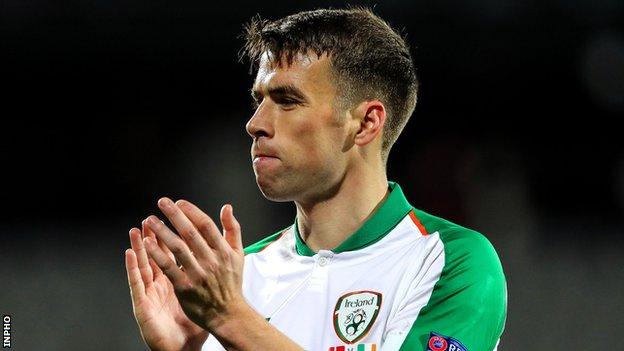 Between injury and suspension, Coleman has yet to play under Stephen Kenny and will hopefully be looking to start tomorrow. With Tottenham full-back Matt Doherty currently in a bad patch of form, this could be Colemans’ chance to state a claim.