Lowry off to solid start at Honda Classic: The Offaly man carded an opening round 67 to get his tournament in motion.

After a disappointing season so far, Lowry has seen a return of form coming into the Honda Classic. A missed cut and top 50 finish was met by a top 10 last week at the Players Championship.

The Offaly native carried that good form over to card an opening round 3 under 67 at the Honda Classic. The 33 year old recorded four birdies and just the one bogey in his round to enter the top 10.

Starting on the back nine, Lowry racked up birdies on 16 and 18 followed by consecutive birdies on two and three.  His only drop shot then came at the 17th after he failed to get up and down after missing the green. Overall, the Irishman was happy with his round speaking in an interview afterward.

“I’m very happy with my 67 . . . it’s my long game that I don’t feel comfortable with. I missed a few fairways today.

I was missing them in the right spots and luckily this year there’s not much rough, you can kind of get away with it a little.”

Elsewhere it wasn’t a good day for the Irish with Graeme McDowell and Padraig Harrington in action. McDowell is sure to miss the cut after shooting a nine over par, which included a double and triple bogey.

It was a better day for Ryder Cup captain Harrington as he carded a two over par round one. Overall, however, it was Australia’s Matt Jones that leads after a round one on nine under. 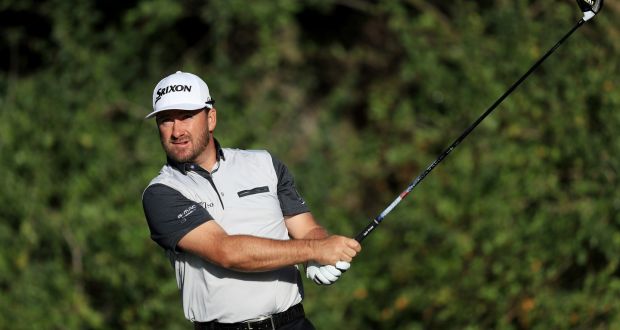