Football fans were given a positive update yesterday when Boris Johnson announced Britain’s covid roadmap for reopening the country. Potentially up to 10,000 fans will be allowed in sporting venues approximately the size of Wembley stadium.

For smaller clubs and teams across sports, this will be one quarter of their ground’s capacity. From Johnson’s announcement yesterday, fans will be allowed to attend sporting events from May 17th.

This will then allow Premier League spectators to see their teams in action for their final games of the season. This could mean fans could potentially see Manchester City lift the premier league trophy on May 17th should they be allowed.

However, this is not guaranteed as this phase in the road map is permitting cases lower in the meantime. The FA and EFL committee are said to have started testing for safe procedures for the Caraballo Cup final also.

The committees have also agreed to move the final from its original date of February 28th to April 25th. They hope to have Wembley one third full when Manchester City takes on Tottenham with some fans a possibility.

For now, it’s positive news for the public to cling to with Euro 2021 right around the corner this summer. Wembley will host some of the group games and will no doubt want fans cheering on the country. 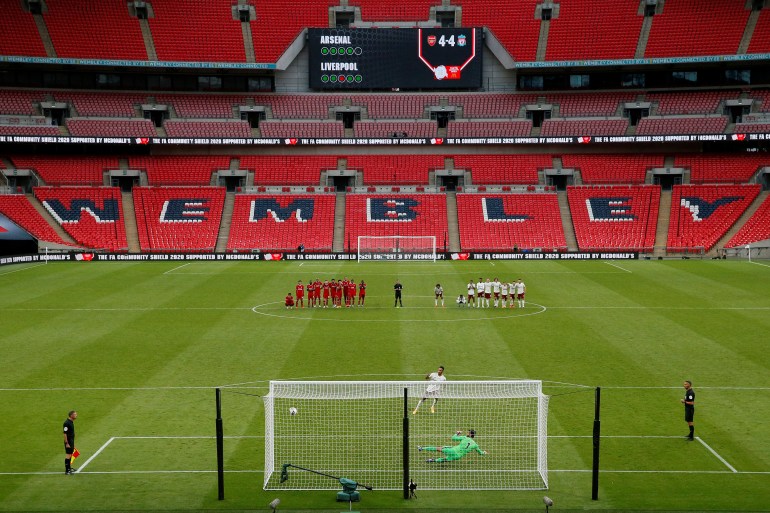