Tiger Woods was involved in a horrific car accident last night while driving in the coastal area of Los Angeles.  Woods was driving alone on a long single stretch of road before his car hit a road sign.

His car lost control, crossing over two lanes, falling down a large downhill slope on the side of the road. The car rolled over multiple times, striking a tree before eventually coming to a stop on its side.

The car’s right side suffered the most damage, with Woods shattering bones in his right leg. Woods was immediately operated on with doctors inserting rods and pins to stabilse damage to his tibia.

A sheriff discovered the injured Woods sometime after the accident, stating he “was lucky to be alive”. After being discovered, the 45 year old had to be cut out of the car by firemen after severe damage. 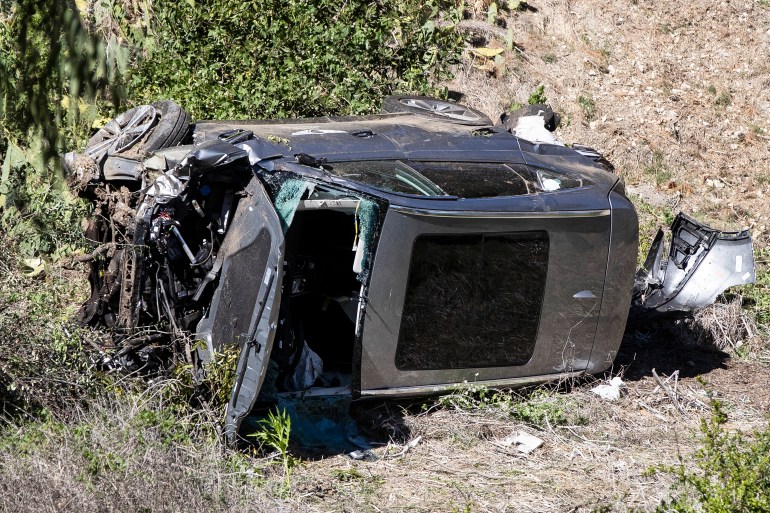 Police have said that Woods was not under any influence after no traces of substances were found in his system. This is a major injury for Woods, who was also recovering from back surgery in December of last year.

Golfers and public figures around the world have expressed their concern for the golfer’s wellbeing after the accident. However, after undergoing surgery on his leg last night, the 15 time major winner is said to “awake and responsive.”

This statement is according to Tigers TGR charity foundation, which updated the press on his condition. For now, there has been no further update on golf’s most recognisable figure.