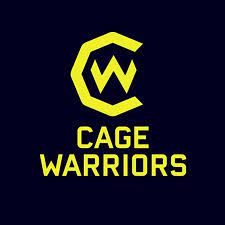 Cage Warriors 127 is the first event in the promotion’s fifth trilogy series and the card takes place on Thursday night.

Dominique Wooding and Nathan Fletcher will go to battle to crown a new bantamweight champion in the main event.

Wooding comes into the fight in patchy form, with two wins and two losses in his last four fights – both of those losses came by unanimous decision in his final Bellator fights.

The card will be held at the York Hall Leisure Centre in London and ‘Black Panther; will hope that the belt remains in the city after the fight.

Nathan Fletcher is the 25-year-old’s unbeaten opponent, with a 6-0 record to his name.

Fletcher is a known submission artist, choking out five of his six opponents on the road to the bantamweight title bout.

His performances as an amateur on the undercard of Cage Warriors events showcased this ability and on Thursday night, he will get to display them in the promotion’s biggest bantamweight fight of the year.

Nathan trains at Next Gen, the gym where UFC stars Molly McCann and Paddy Pimblett hail from, and he will be looking to follow in their footsteps and become a Cage Warriors champion.

In the co-main event, Kurban Khriziev and Josh Reed will meet in a catchweight bout after both men missed the mark of the originally agreed upon 135lbs.

However, they came to a gentleman’s agreement and the fight stays on the card as the third catchweight bout of the event.

Rory Evans and Weslley Maia agreed to a catchweight bout earlier this week and Adam Wilson and Kingsley Crawford will open the main card with one.

Irishman Ryan Shelley will kick-off the action at 8:15 pm when he faces Liam Molloy in his second professional MMA fight.

The main card will begin at 9 pm.

Shelley Even vs Even Molloy

The full card will be available to watch on UFC Fight Pass which has a cost of €9.99 a month.