Why Mcllroy Hasn’t Won Another Major: Arguably his most frustrating this year with yet another major passing him by.

Rory Mcllroy is one of the best in the world at the game of golf. From a young age he has been in the spotlight. He has been hailed as one of, if not the most gifted golfer Ireland has.

Since Rory burst onto the professional scene at just aged 17 on the European tour, he’s set a new standard. The Irishman had to wait just two years for his first win in Europe. This was then followed a year later by his first win on the PGA Tour in 2010.

Mcllroy, at 22 became the youngest to make over 10 million in prize money on both tours. Rory has played in 5 Ryder cups and no doubt would have made the team this year. The 31 year old has won 18 times on the PGA Tour and 14 times on the European Tour.

He’s a four time major champion winning one Open, two PGA’s and one US Open. These majors all came in a three year spell of domination from 2011 to 2014. Many expected the man from Hollywood to dominate golf for years to come as the new Tiger Woods.

However, since 2014, Rory’s majors have dried up. His form has gradually declined as the years have progressed leaving him at his most frustrated this year.

His number 1 world ranking has since been taken away by big hitter and this years Masters champion Dustin Johnson. Leaving the Irishman at number 4 in the world.

But what has gone wrong? Why has one of the best golfers of the modern generation not succeeded more than first thought?

Lack Of Confidence And Deflection

Mcllroy, in recent years hasn’t been the confident player we’ve come to know. We long for the days when he regains the trademark bounce in his step. In recent tournaments, especially the majors Rory has adopted a new tactic.

He has continuously talked himself down to the media to give the impression he is relaxed. We see him play down expectations of him winning time and time again to take pressure off of himself.

This could be down to a lack of confidence on Mcllroy’s part. We know its clearly a frustrating year for the Irishman who’s game is better shape than he perhaps thinks. In each post round interview Mcllroy has been brutally honest about his game.

Minor tweaks to his swing here and there are used as an excuse when in theory they aren’t. He is stated after the Master’s first round that he simply doesn’t commit to his swing.

This show’s a lack of confidence in where his game is right now. Post round one of the Master’s he stated:

“I just didn’t trust my swing, didn’t commit to what I was doing”

Rory seems unable to shake this pressure surrounding him to win the grand slam of golf tournaments.

Only four players in the history of the game have ever done it. Mcllory will hope before his career ends, he can add his name to that list. 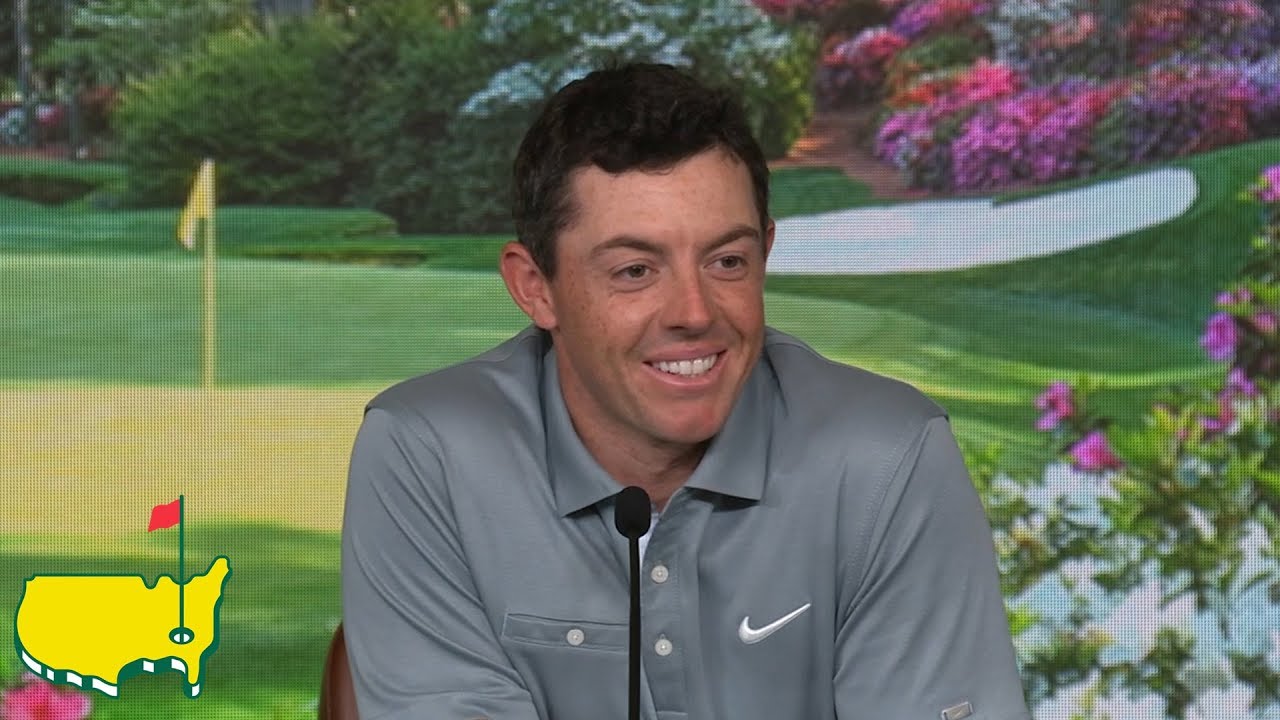 Currently on the professional circuit it has become a trend for golfers to have those in close circles caddying.  Phil Mickleson has his brother, Lee Westwood has his wife, Tommy Fleetwood has his best friend.

The main advantage to this when in high pressure situation these people can have calming effects. With golf being such a mentally straining sport, these types of caddies can be a good distraction.

However, this does not necessarily mean it’s suited for everyone. Mcllory currently has his good friend Harry Diamond on the bag. I’ve no doubt this helps Mcllory especially if pressure is mounted on his shoulders in tournaments.

Although I think it might be having the reversed effect. Many critics have accused the Irishman of losing focus during rounds, making silly errors. With Rory struggling, perhaps a change is needed to regain focus and get more of an edge to his game.

It appears difficult from an outsider’s perspective to judge how good a caddy may be. There is no doubt that a friend carrying your bag could not be anywhere near the level of a professional caddie.

The Irishman seems to be losing out on all that a professional caddie could bring to his game. Since Mcllroy’s departure from his long time friend and caddie JP Fitzgerald in 2017 his stats have slumped somewhat.

A big example of this is Rory’s figures for strokes gained from approaches to the green. In the Master’s last week Mcllroy was ranked at 60th in a field of 90 players in this statistic.

This has been a clear point of frustration for Mcllroy as seen in the ZoZo Championship a few weeks ago. His thundering drive left him a short iron into the green, only to miss from 140 yards.

This resulted in Rory snapping his club in anger, something fans haven’t seen from the Irishman before.

This is simply not good enough if he is serious about getting back to winning ways.

Golf like most sports in the world is always evolving and changing. New players are constantly bursting onto the scene every year and winning tournaments at a very young age.

Players like Collin Morakwa, Bryson DeChambeau and Matt Wolff are the best examples recently with many others. The quality and level of golf is changing and very rapidly leaving many players behind.

However, perhaps this is the reason that Rory is at a slump in his career. When Mcllory was winning back in 2011 to 2014 you could count the best players on two hands. That’s not to say that there weren’t other good golfers in the world there definitely was.

Although, when it came to majors and big tournaments anyone in the top 10 would be a likely winner. The top 10 golfers in the world also didn’t change very much. At the time players like Fowler, Day, Scott, Rose, Johnson, Rory, Speith, Kaymer, and Dufner made up the worlds best.

However now this has changed dramatically. Players constantly drop in and out of the top 10 in the world. With the rising quality of top players coming through and already established, anyone can win anything.

The game of golf has become far more of a level playing field than in years previous.

It might be fair to say that maybe the general public have overhyped Mcllroy and expected too much.

HIS GAME NEEDS TO IMPROVE

If Mcllroy wants to get back in the major winners circle his game needs to improve. His stats from his last major winning season of 2014 show how far away his game is right now. In 2014, he was first in strokes gained off the tee and first in tee to green.

This is a clear indication that his iron play has utterly dropped off a cliff in comparison to his major winning year. One clear positive that has remained the same is his driving distance and strokes gained off the tee.

In a recent interview on off the ball on Newstalk Padraig Harrington gave an interesting verdict on Mcllroy’s game. He stated that his situation is very similar to that of Duston Johnson back in the early 2010’s.

Johnson had a great long game but his iron and wedge play let him down significantly. This rendered his monstrously long drives utterly useless with his lack of accuracy.

However, since then he’s worked hard at it and is now the world number one with two majors to his name. In comparison with the stats Harrington’s comments ring true. Rory’s game isn’t a million miles away and may just need some minor adjustments.

It still remains to be seen if the Irishman can win another major in the future.

He has the talent in his locker but it might be time for change if he’s willing to be a champion once again.

See Harrington’s analogy on Rory’s game down below.

Read our other articles on the everything Golf ,keeping you up to date at Sports News Ireland.