Mcilroy Withdraws From Tournament Of Champions: The world number four has withdrawn from the season opener.

The tournament of Champions is the season opener for the PGA Tour at the beginning of every calendar year. The event usually features all the thirty winners of every event from the previous season.

The tournament is held in Hawaii at the Kapalua Plantation course at Maui, with Justin Thomas defending champion. However, with the coronavirus cutting down the golf schedule last year nearly in half, more invites were issued this year.

As a result, there will be a record forty two golfers in the field competing this Thursday. The competition qualifications had to be realtered to make up for the number of tournament winners lost with cancelations.

Instead, the field will be made up of the few 2020 winners plus the top thirty in the FedEx Cup standings. However, Rory Mcilroy who is eligible to play, has decided to pass on the event.

He announced that his next event will be at the end of January for the Abu Dhabi Championship. The Irishman joins Westwood, Hatton, and Fleetwood that too have decided to skip Hawaii.

The man from Holywood may have opted out this week due to some much needed practice. Mcilroy was criticised heavily for 2020 that yielded poor results and visible anger on the course. 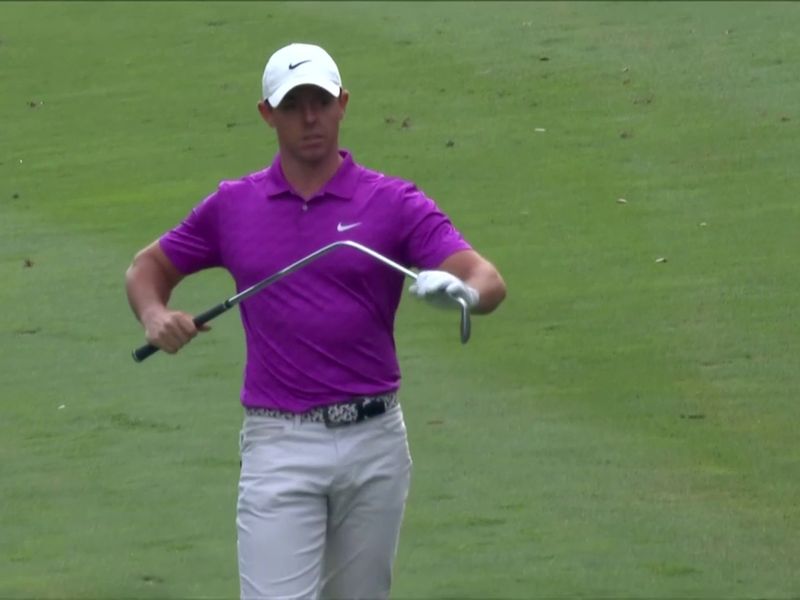 Perhaps too much is expected from golf fans of the three time major champion. The point of anger for the Irishman has been clear to see when looking at his season statistics.

His main areas of noticeable weakness have been his poor iron play and his driving, something not associated with Mcilroy. On the PGA Tour last season, Rory’s driving ranked at 155th while his iron play at 76th.

This is simply not good enough for a player of his caliber that should be competing more consistently. However, the Irishman stated last summer during a period of improvement that these problems have been mental. Mcllroy said to the Irish Independent:

“There was spells in that three weeks that I felt like my game was there. It was just maybe a little erratic. I’d make a dumb mistake here or there, and then thinking back on it, there were just lapses in concentration”.

2021 will be another chance for thirty one year old to finally get back on the major train. Despite having poor results last season, his major finishes towards the end of 2020 showed visible signs of progress.

Mcilroy had two top ten finishes in both the Master’s and the US Open placing eighth and fifth. Despite many criticising his form, he walked away from 2020 with over three million dollars in prize money. Europe’s new Ryder Cup captain, Padraig Harrington backs the Irishman to have a better year with more to come. Speaking to the Belfast Telegraph and the Sun he said:

Rory McIlroy is at his best when critics are bashing him and that augurs well for our Ryder Cup hopes”.

“Rory has always been at his best when he wants to prove something. After a little slump and people get on his back and talk about him, he comes out stronger than ever”. We will have to see if 2021 will yield the results Mcilroy is hoping for when he tees up next month. Fans can expect to see the Irishman in action next in the Abu Dhabi Championship on January 21st.

Read our other articles on everything Golf