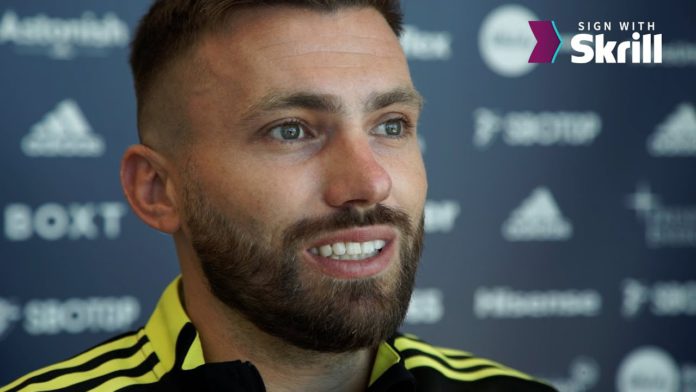 There is a genuine fear among Leeds United’s staff and fanbase that club stalwart Stuart Dallas may have played his last game in the Premier League for the Whites after suffering a career-threatening injury against Manchester City. In many ways, Dallas was incredibly unlucky to come away from a challenge with Jack Grealish with a femoral fracture given that these types of breaks to the femur only really occur when high-impact trauma is involved. Put another way, it’s exceptionally rare for footballers to suffer this particular type of break but when they do, it goes without saying that very little is guaranteed in terms of a return to playing anytime soon.

Indeed, with Leeds United’s top-flight future hanging in the balance as the latest Premier League relegation odds 21/22 put Jesse Marsch’s men at just 4/5 to go down, it becomes easier to imagine a scenario where Dallas has played his final game in the world’s most competitive league.

🙌 There’s only one Stuart Dallas! pic.twitter.com/TA3IRB2Ptx

Of course, Dallas has a contract with Leeds that runs until the summer of 2024 which means that he will be on the club’s books for at least another 24 months. There is, however, a difference between being contracted and being in a position to contribute towards winning football matches on the field of play. As things stand, no one can say with any certainty that when Dallas returns, he will be at the same level he was before his tangle with Grealish.

With that being said, there was an indication that the Northern Irishman’s emergency surgery was a success following the defeat to City after Marsch backed Dallas to make a full recovery and come back stronger than ever. It was undoubtedly an encouraging update from the new Elland Road boss but it’s worth saying that the Leeds supporters have become wary of how sincere the American really is after seemingly misreading the mood around the city since his arrival. In particular, Marsch conducted a string of ill-advised interviews about how bright the future is despite a potential relegation drawing nearer. Naturally, this was met with annoyance by the Leeds fans as they felt like the manager should be present in the here and now in order to prevent this potentially devastating development.

Crucially, there’s no suggestion that Marsch is an unlikeable guy but rather that he tends to see the world through heavily rose-coloured glasses which as briefly touched on, has the ability to undermine what he says. With regards to Dallas, everyone hopes that the 48-year-old is right about him returning to an even better version of himself but historically, the rehabilitation time of thisinjury could take as long as 18 months if ligament damage was also sustained.

Huge thank you for all of the messages I’ve received in the past few days. I’ve had amazing support from across the world of football – but particularly from Leeds and Northern Ireland. I’d also like to thank Dr Williams, Dr Sarraf and the medical team at @LUFC
1/2 pic.twitter.com/GMsDmHLx9G

This is obviously the worst-case scenario with any timeline ultimately depending on how well Dallas’ body takes to the arduous journey ahead. One last point to consider is that the versatile player has just turned 31 which is significant when weighing up if he will ever play in the Premier League again given that he could be closer to 33 when the time comes.

The silver lining is that Dallas’ Leeds’ career may not be over if the club ends up back in the Championship but if the Whites get out of jail and continue to consolidate their Premier League status, it becomes harder to see a way back for a man who has been a talismanic figure during their recent resurgence.