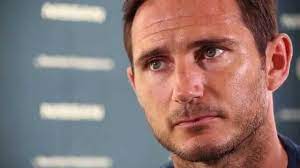 Young Cesc was such a prodigy at the age of 16, that Arsene Wenger from Arsenal personally traveled to Spain and talked to the boy’s parents to invite him to join the London team. As a result, Fabregas quickly blended in and stayed with the squad for seven seasons. During this time he made 70 assists and scored 35 goals in the EPL.

Transfer to Barcelona in 2011 was a setback,  but then he got back to the Premier League and aided Chelsea in getting two EPL titles. Nowadays, in Monaco, he continues to amuse fans with his extraordinary passes.

Unfortunately, judging by an article at https://bookmaker-ratings.com/, he has been injured and will not take part in the match against PSG.

Cesc made 111 passes in 350 appearances, being second top assist. Ryan Giggs was first with 167, but he appeared much more.

David Silva started his career in 2004 in Valencia and joined the Spanish national team. Then he joined Pep Guardiola’s super-squad and became a key player there. He perfectly scores, shows outstanding technique and vision, and his passes always hit the spot. He is a perfect image of a Spanish midfielder.

After winning Euro 2008, Silva started playing for Manchester City, joining the dream team. Next year David rose to top assist provider, which was a great boost for City in the championship and helped them win the Premier League for the first time in 44 years.

In the following years, Silva got 3 more Premier League titles, 5 League Cups, and 2 FA Cups for the club. He scored 60 times and assisted 93 times. Silva’s name was immortalized with a statue in front of Etihad Stadium. In 2019 Silva announced he would leave MC. In 2020 David joined Real Sociedad.

Paul Scholes is different from the others. Being a graduate of the Class of 92, he had to go up the ladder under Sir Alex Ferguson along with Beckham, Nevill, Butt, and others.

Steven played in Liverpool for 17 years without many triumphs. However, he received a lot of fan support. He stayed in the club even after getting a compelling proposal from Chelsea. He provided the Miracle of Istanbul. He remained himself on the field and in life.

He had great powers on the field, showed strength and wit, great speed, and could shoot at any distance, which he did a lot in the cup finals. Gerrard played 504 PL games in total, scored 120 times, and made  92 assists. With his help, Liverpool won 1 Champions League Cup, 1 UEFA Cup, 2 FA Cups, and 3 League Cups.

After taking over Chelsea, Abramovich spent a lot on the club. They bought new players every year. The two veterans who stayed in the club for many years were Terry and Lampard.

Frank made a great contribution to the club as a midfielder. He scored goals, showed great technique, and made good passes at long and short distances. He took part in 609 English Premier League Matches, made 102 assists, and scored 177 goals. Despite being a midfielder, he has become one of the greatest goalscorers in the history of EPL.

Garth Kenny - February 6, 2023 0
We use cookies to ensure that we give you the best experience on our website. If you continue to use this site we will assume that you are happy with it.Ok