With Stephen Kenny’s Republic of Ireland side facing a make or break play off semi final on Thursday against Slovakia we take a look at why the manager must look at changing his system to get his best team on the pitch for what will a difficult tie against Pavel Hapel’s team. 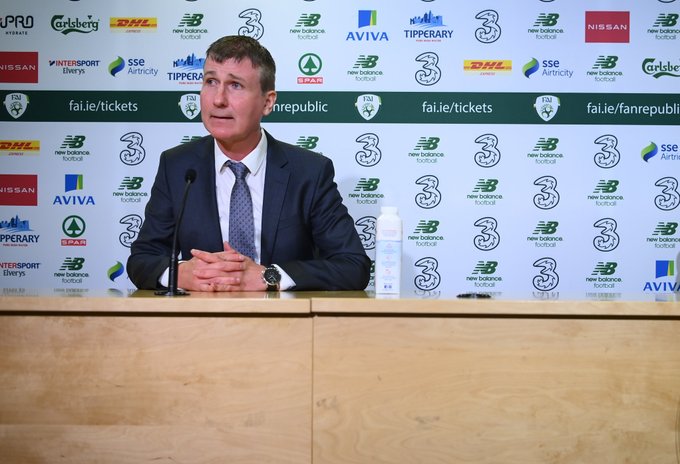 Stephen Kenny has for much of his recent managerial career at Dundalk and the Irish u-21 side favoured a 4-2-3-1 or 4-3-3 formation. This formation has brought great success for the dubliner but with the players he has at his disposal with the senior national side at the moment, perhaps now is the time for a shift in his thinking.

This shift would see the 48 year old set the team up in a 3-5-2 formation making use of the fact that the majority of the better players in his squad are more than comfortable lining up in this system. Betting sites Ireland suggest that Ireland are the outsiders to qualify.

The formation enables Matt Doherty to play from the right wing back position he has impressed in for the last three seasons with Wolves, earning him his big move to Spurs. On the left-hand side Enda Stevens would occupy the left wing back role he has played so consistently with Sheffield United since Chris Wilder brought him to the club in 2017.

Kenny has four central defence options available to him for the game. Shane Duffy, John Egan, Kevin Long and Derrick Williams with Duffy and Egan automatic picks, it would seem.

Egan has excelled since his rise to the Premier League with Sheffield United, and like his club-mate Stevens is accustomed to playing in this 3-5-2 formation. Duffy has started every Celtic game since his move to Glasgow from Brighton, playing in the centre of a back 3 that Neil Lennon has used since the Derry man has joined.

This leaves one slot available in the back three for which Derrick Williams, in the absence of the injured Seamus Coleman appears the natural fit. Williams has made a good start to the season playing in all four of Blackburn’s Championship games so far, a Blackburn side that has kept three clean sheets in those four matches. The 27 year old also offers a left footed option to the back three, giving it a natural balance in possession which is crucial to how Kenny wants his teams to play.

In midfield Kenny can choose between the likes of Harry Arter, James McCarthy, Jayson Molumby, Conor Hourihane and Alan Browne to play in the two deeper lying midfield roles.These two defensive pivots can screen the defence, which looked very exposed in Kenny’s first two games in charge, but also start the team’s attacking play from their midfield positions as the manager likes his deeper midfielders to do.

This will allow the manager to play a more advanced, ball playing midfielder at the top of his midfield behind a forward duo. This advanced play-making midfielder could then have the confidence to try and get the team playing in the final third, knowing he has the protection of the two holders behind him. This role seems perfect for Jack Byrne who has earned his first call up under Kenny. Byrne revels in a similar role for a Shamrock Rovers team on the cusp of reclaiming the League, and would have the confidence to try and implement the manager’s attacking, more possession based philosophy.

Finally, the 3-5-2 system gives Stephen Kenny the option of playing with a front two. Scoring goals has been a major issue for Republic of Ireland teams for many years, so playing with two men up front with players behind them encouraged to play through midfield is surely the team’s best chance of trying to solve the problem.

Aaron Connolly has made an exciting start to the season playing up front with Neil Maupay at Brighton. In Graham Potter’s team the Galway man has the freedom to drift wide at different stages to try and create space to use his pace to get in behind defenders. David McGoldrick would likely line up alongside the Brighton man up front even though the manager appears to place great trust in Norwich City striker Adam Idah.

McGoldrick offers the team a more rounded performance at this stage though, with his ability to hold up the ball but also drop deep and find pockets of space to link up with his midfield a potentially important part of this system’s game plan. Both McGoldrick and Connolly would also work their socks off for the team,disrupting the oppositions ability to freely play out from the back.

Kenny could then have the pace and work rate of Idah, Callum Robinson or Shane Long to call on later in the game if the need arose.

Changing to a back three would be something of a departure for a manager that has used a back four for much of his career, but with the appointment of Stephen Kenny came new ideas on how the Republic of Ireland team might play.

This formation enables much of the squad to play in a shape that they are accustomed to playing at their respective clubs, getting some of our better players into their more natural positions. It could give the team greater defensive shape when they are out of possession, with two holding midfielders protecting the defenders should the team lose the ball. It would also encourage the side to get on the ball and be on the front foot as the manager wants his team to play.

The only worry is the lack of time that Kenny has to work on the system before Thursday.The fact that many of his players have intimate knowledge of the system through their clubs however should help reduce the manager’s fears of trying something different, if he is willing to adopt something new for the game.