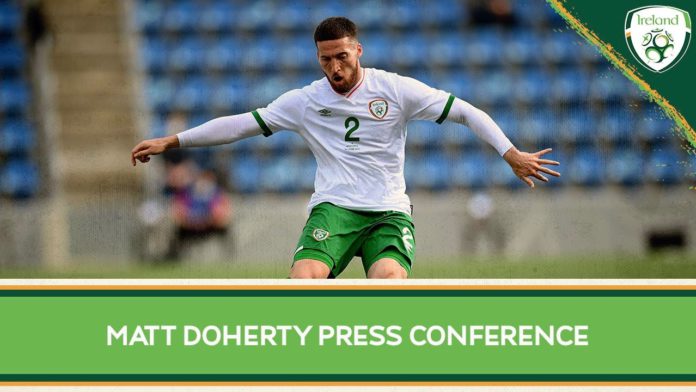 When Matt Doherty made the move from Wolverhampton Wanderers to Tottenham Hotspur in the summer of 2020, it was seen as just reward for the remarkable levels of performance he had demonstrated during his time in the Black Country. With José Mourinho about to embark on his first full season in charge, it was seen as a chance for Doherty to establish himself at a bigger club that was taking steps towards challenging for the game’s biggest honours.

We all know what happened next as far as Mourinho is concerned. After a strong start to the campaign, Spurs’ form dipped dramatically over the winter period, eventually leading to the Portuguese coach’s dismissal from the club, which was fully expected by those who bet online at Skybet.

Since then, three different men have taken the helm — Ryan Mason as interim boss towards the end of last season, Nuno Espírito Santo at the beginning of the current campaign, before he was sacked and replaced by the enigmatic Antonio Conte — and it’s fair to say that Doherty has struggled to establish himself under any of them.

He would have hoped that the arrival of Nuno, whom he worked under at Wolves with great success, would trigger an upturn in his own personal form, but as Tottenham struggled as a collective unit, so too did Doherty fail to produce the goods.

Now, he seems to be at a crossroads. Having been given the starting berth on a few occasions by Conte, it’s difficult to say that he has grasped the opportunity with both hands. A couple of appearances as a half-time substitute earned him a start against Chelsea at Stamford Bridge, but Spurs’ 2-0 defeat won’t have helped his cause.

At the age of 30, Doherty probably only has two or three years left at his peak, and he’ll have to question whether he wants to spend the rest of his contract on the bench at Tottenham. His current deal still has two years to run after this season, so it will be interesting to see if he pushes for a move away from the Tottenham Hotspur Stadium this summer.

Of course, the other option is to knuckle down and fight for his place. If Doherty can rediscover the form that made him such a rampaging threat at Wolves, he would fit snugly into any top Premier League club starting 11, and that’s the kind of form he’ll have to show if he’s to impress Conte.

He has had to share the right-back slot with Emerson Royal and Japhet Tanganga this season, but with the former failing to impress since joining from Barcelona this summer, and the latter still yet to entirely convince at this level, it’s certainly fair to say that the right-back slot is there to be claimed.

Doherty can also put in a shift in a right-midfield position, but when you consider the attacking riches at Tottenham’s disposal, it seems as though that is an unrealistic option for the Irishman.

The next few months will be crucial in terms of Doherty’s career. Having established himself as a regular for the Republic of Ireland, he won’t be content to warm the bench at a Premier League club. He is too good a player not to be utilised, but it’s up to him to demonstrate to Conte that he has the talent to be a permanent fixture in Tottenham’s starting line-up.