Home Soccer Which is the best football ground in Europe? 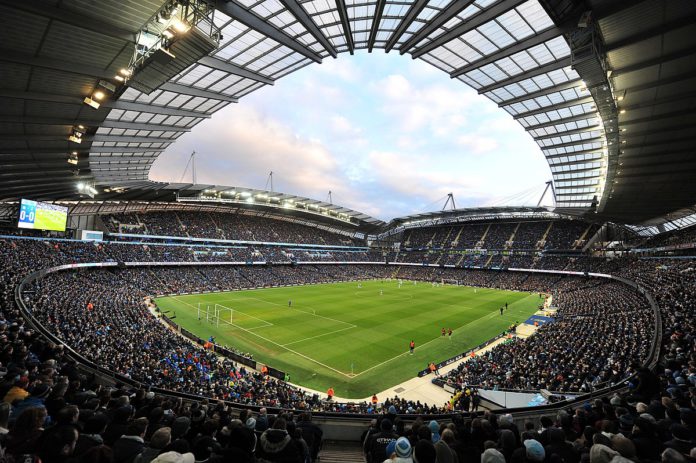 There is a vast number of football grounds scattered across the European continent.

Football is one of the most popular games in Europe having been professionally organized in all European countries.

The most prestigious and exciting competitions are held in Europe including the UEFA Champions League, the Europa League, and domestic competitions like the Football Association Cup in England, the Italian Cup, and the King’s Cup in Spain. It, therefore, follows that the “Old Continent” houses a large number of spectacular football grounds.

In addition to European football grounds, there are other important stadiums that go beyond the European borders like those in Brazil, Argentina, Mexico, the United States of America, South Africa, Japan, and South Korea. Speaking of non-European football grounds, one cannot exclude mentioning the big investments made by Qatar which is the next venue for the holding of the FIFA World Cup finals. The FIFA World Cup in Qatar is scheduled to commence in November of this year.

Some Qatari stadiums include Stadium 974 with a 40,000-seating capacity and constructed from shippingcontainers and modular steel resonating the maritime history of the country; Lusail Stadium which will host the final of the World Cup and has a capacity of 80,000 spectators; the Al Bayt Stadium with a capacity of 60,000 and will be the venue for the opening ceremony of the World Cup.

Back to the European scene – England, the birthplace of football has an endless number of football grounds which reflect and link with big football clubs like Manchester City, Manchester United, Liverpool, Chelsea, Arsenal, and Tottenham Hotspurs.

A force to be reckoned with during the 1900s and 2000s the historical team from the other part of Manchester – Manchester United – play their home games at the Old Trafford. The Red Devils and their supporters have seen epic battles at their home-ground and have colorful stories to tell about the games; coaches and players of the likes of Matt Busby, Alex Ferguson, Bobby Charlton, and George Best.

The team from Merseyside, Liverpool football club although not having the most modern or flashy football ground can boast of the magic surrounding Anfield. There is really something special about Liverpool’s home ground. Probably “the Kop” Liverpool’s supporters, all in red chanting their team’s mantra “You’ll Never Walk Alone” is the reason for the speciality.

The Millennium Stadium located in Cardiff, Wales, is one of the most modern football grounds in the United Kingdom. It hosted English football’s FA and League finals during the period when Wembley Stadium was being redeveloped and refurbished between 2001 and 2006. The Welsh national team on occasion plays its international games at the Millennium Stadium.

The Allianz Arena, the home ground of the famous German team Bayern Munich, was built prior to the hosting of the FIFA World Cup by Germany in 2006. The Allianz Arena is an example of a modern stadium and a reflection of how sophisticated German engineering is and the perfect vision of how future football grounds should be.

Needless to say, Spain hosts some of the best and most brilliant football grounds in Europe. Having teams like Real Madrid, Barcelona, and Atletico Madrid, it stands to reason why Spain houses football grounds like the Santiago Bernabeu and the Nou Camp.

The Santiago Bernabeu hosts the home games of the legendary football team Real Madrid. One of the most successful football clubs in Europe, Real Madrid managed to elevate their home-ground as one of the best attractions to play in and visit. The seating capacity is over 80,000 spectators and world-class players like Cristian Ronaldo, Karim Benzema, Iker Casillas, Zinedine Zidane, and David Beckham, have had the honor to play at the Santiago Bernabeu.

The Catalan region in Spain hosts the Nou Camp. It is the home ground of the other famous Spanish football club Barcelona. The seating capacity is over 99,000 and it can be a real ordeal for visiting teams playing Barcelona at the Nou Camp. For many football seasons, it was the home-ground of Lionel Messi when he used to play his football at Barcelona. Other big names include Pep Guardiola, now the manager of Manchester City in England; Ronaldinho; Romario and Luis Figo.

Wembley Stadium in England remains the final destination not only for English clubs and English players but also for foreign national teams as well as foreign players. Recently redesigned and refurbished, it now contains a huge arch looming over the stadium Wembley stadium besides being located at the birthplace of football holds a mythical significance and a special place in the football world. It is the football ground that all football fans want to visit and enjoy the brilliant atmosphere of the stadium.

Playing at Wembley stadium is like a soprano singing at the La Scala in Milan; like a model parading the latest fashion designs at Paris Fashion Week or academic teaching at the Sorbonne. The environment created by the English supporters supporting the English national team is out of this world. One has to be present to really feel the magic.

In the meantime, you can either watch your favorite football team at home, or support it by placing a wager on it at a decent betting site without verification. Alternatively, you can make your way to one of the above-mentioned stadiums, and enjoy the perils and thrills of football first hand.