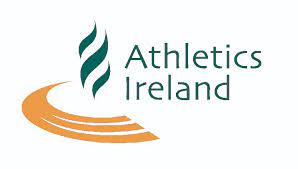 Athletics Ireland has selected a team of two athletes to compete at the World Athletics Race Walking Team Championships in Muscat, Oman on March 4th & 5th.

Olympian Brendan Boyce of Finn Valley AC will represent Ireland in the Senior Men’s 35KM Race. Coached by Olympian Rob Heffernan, Boyce has had a strong opener to the 2022 season with a 12th place finish in the Spanish Open 20km race in a time of 1:27:13.

2021 was an impressive season for Finn Valley star, coming 10th in the Tokyo Olympic Games 50km Walk in August after coming 9th in the European Race-Walking Team Championships in the Czech Republic just months before in May 2021.

Mullingar AC’s Matthew Glennon will represent Ireland in the U20 Men’s 10km Race. The 18-year-old coached by Michael Lane, who also coached Olympian Jimmy McDonald, is a rising star within the Irish race-walking scene.

Glennon represented Ireland at the European Athletics U20 Championships on Tallinn last summer where he finished in 22nd spot.