The rescheduled US Masters is just around the corner, and in typical fashion Rory McIlroy’s name features towards the top of the latest bet exchange. It has been four years since a Briton last won the Augusta National event, and to the disbelief of many, McIlroy, who has won the two other US-based majors, is yet to add a prestigious Green Jacket to his wardrobe.

The former World No. 1 will dominate the UK headlines in the build-up to the event, and the British viewers, more specifically those in Northern Ireland, will be keeping their fingers crossed that the 31-year-old’s name will finally be engraved on the iconic clubhouse trophy, alongside those of Sandy Lyle, Sir Nick Faldo, Ian Woosnam, and Danny Willett, come the end of play on November 15th.

As McIlroy remains Britain’s best hope of ending the American dominance on the hallowed Georgia grounds, let’s take a look at how the four other Britons got their hands on a Green Jacket.

Not a single Brit had won the Masters in the first 51 editions, but in 1988, up stepped Sandy Lyle. The Scot was in fine form, having just won the Greensboro Open, and he carried that momentum into the Masters, carding 71 and a five-under 67 in the opening two rounds to head into the weekend with a two-shot cushion. Lyle’s advantage was carried into the final round. However, after gaining a three-shot lead, the Scot had a nightmare on Amen Corner, bogeying the 11th before a double-bogey on the 12th. American Mark Calcavecchia then found himself in the lead, but Lyle birdied the 16th for a share at the top of the leaderboard and went on to dramatically birdie the 18th to be crowned the first British winner.

Lyle’s victory in 1988 triggered a streak of four successive British victories at Augusta, and two of those were back-to-back triumphs by England’s Sir Nick Faldo. Fold-o, as he was once known in the British press due to often collapsing on the final stretch, won his first Masters in 1989. After carding a dire 77 in the third-round, Sir Nick dramatically changed his putter for the final 18 holes, but it worked! Faldo shot eight birdies in the final round, forcing a play-off against Scott Hoch. The pair looked visibly nervous on the 10th hole, and both men missed simple par putts – sending them to the 11th hole, where Faldo sunk a 25-foot putt to secure a birdie and his first Green Jacket.

In 1990, Faldo became just the second man to defend his Masters title. In similar circumstances, after clawing back a four-shot deficit in the final six holes, Sir Nick headed into a sudden-death play-off, this time against 1976 winner Raymond Floyd. After pars on the 10th, the play-off once again headed down the 11th, and Faldo sank another birdie to win the competition.

It wasn’t until 1996, that Faldo was fitted into his third Green Jacket, but it was worth the wait. The two-time winner headed into Masters Sunday six shots behind leader Greg Norman, but hole-after-hole he reduced that deficit. In the end, Faldo carded an impressive 12-under-par 276, some five strokes ahead of Norman, who was his nearest competition.

With Lyle and Faldo dominating the previous three competitions, the Americans were determined to take back control at Augusta. After the opening round, the US’ Jim Gallagher, Mark McCumber and Lanny Wadkins led the way, with seven other Americans within two shots. 10 years after his Masters victory, Tom Watson set the pace after round two. However, it was Welshman Ian Woosnam who headed into the final round with a one-shot lead. With a final pairing of Watson, Woosnam and Spaniard José María Olazábal, the home crowd were undoubtedly rooting for Watson, but Woosnam held on to win by a single shot over Olazába, whilst Watson was a further stroke behind.

In 2016, Sheffield’s Danny Willett became the first British Masters winner in 20 years. Not many people would have tipped the Englishman to win pre-tournament, but as overnight leader Jordan Spieth, who was vying for back-to-back titles, crumbled, Willett was on superb form and carded an impressive five-under 67 – winning by a three-stroke lead over the American and his compatriot Lee Westwood. 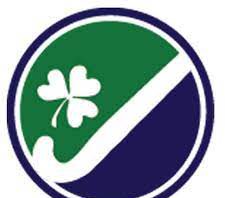