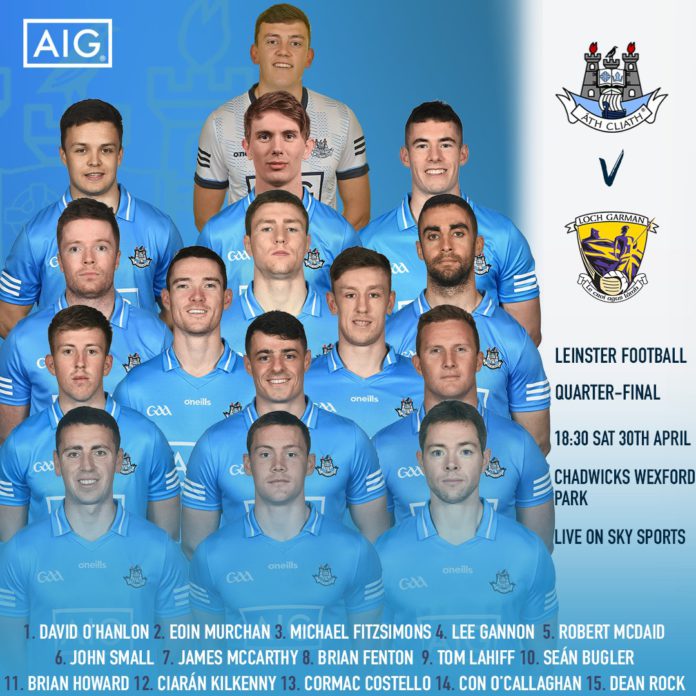 They meet for a second successive year – Dublin won last season’s Leinster  quarter-final by eight points. It’s Dublin’s first outing in this year’s  championship while Wexford are coming in off a great win over Offaly in the  first round last Sunday. Offaly (Div 2) finished 15 places above Wexford (Div 4) in the Allianz League but the Model men bridged the gap in style en route to a  three-point win (1-15 to 1-12). It was a big improvement on their Allianz  League form where they finished sixth in Division 4 (two wins, a draw and four  defeats).

Their first championship meeting was in 1888 in a Leinster semi-final and they  are now heading for their 51st clash, with Dublin having won 34 to Wexford’s  12 while four were drawn in the previous 50.

Wexford’s last championship victory over Dublin was in 1956 when they won  a Leinster quarter-final by six points in Carlow. They have met 19 times since  then, with Dublin winning them all.

Dublin haven’t lost at the Leinster quarter-final stage since 2004 when  Westmeath beat them and went on to take the provincial title for the first  time. Wexford last reached the Leinster semi-finals in 2014.

Unusual territory for Dublin…they have won only two of their last eight  League and Championship games. They lost to Mayo in last year’s All-Ireland  semi-final and lost five of their seven Allianz League games this year.

ABOUT US
SportsNewsIreland is an Irish website launched in 2009 to offer sports fans in Ireland an alternative and independent source to keep them up to date with all the news from around the country. Every week we bring you live score updates from all levels of GAA, rugby, soccer, racing and athletics. Contact Email: [email protected]
Contact us: [email protected].com
FOLLOW US
©