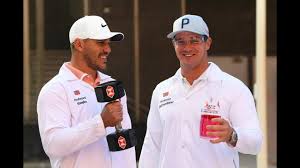 One of the game’s most dominant players in recent years, Koepka is the first golfer in history to simultaneously hold back-to-back titles in two different majors – the U.S. Open in 2017 and 2018, and the PGA Championship in 2018 and 2019. He was the first player in three decades to win consecutive U.S. Opens and held the world No. 1 ranking for 47 consecutive weeks, during which he continued to add to his list of career victories (15). Koepka has accumulated 72 top-10 finishes, has made four U.S. national team appearances including three Ryder Cups, and is currently ranked No. 19 in the world.

“There’s no understating the impact that Brooks Koepka has had on the game of golf in the last five years. He carries a championship pedigree and record of success as one of the most elite players in the world,” said Greg Norman, LIV Golf CEO and Commissioner. “The addition of Brooks is yet another example of the incredible fields LIV Golf is assembling as we build momentum in our first season and look towards the future.”

The LIV Golf Invitational Series launched June 9 to a worldwide audience showcasing its new, innovative format with 12 teams, 48-players, shotgun starts and no cut. Complete, live coverage of LIV Golf tournaments is globally available direct to consumers on LIVGolf.com, YouTube and Facebook. LIV Golf event broadcasts are also aired live on a global roster of leading premium and free-to-air broadcasters providing coverage in over 150 territories around the world. The list of global networks covering the LIV Golf Invitational Series is available on LIVGolf.com.

LIV Golf is owned and operated by LIV Golf Investments whose vision and mission are centered around making holistic and sustainable investments to enhance the global golf ecosystem and unlock the sport’s untapped worldwide potential.