After the big financial investments of Paris Saint-Germain, the fans from all over the world began to pay attention to the French League one. The level of local football has grown significantly, the teams began to successfully perform in the European competitions.

After the big financial investments of Paris Saint-Germain, the fans from all over the world began to pay attention to the French League one. The level of local football has grown significantly, the teams began to successfully perform in the European competitions.

With the start of the new season, everyone has only one question – who will be able to dethrone the PSG? In recent years, only Monaco has succeeded in it, but they are now not in the best form to challenge the capitol’s club. This was proved by the game of the first round against Lyon, where the Red and Whites were beaten in their home arena with the score of 0:3.

The main fight for gold medals will unfold between Paris Saint-Germain and Lyon. During this offseason, the Lions invited a new coach and strengthened the lineup with high-quality performers. This is midfielder Jeff Reine-Adelaide and defender of the Danish national team Joachim Andersen. The fight for the European competitions zone will be held between:

The middle class of the championship, such as Rennes, Montpellier and Bordeaux, can also become successful. We should carefully watch the performance of Lille in the new season. Last year’s silver medalist sold the club’s main star, Nicolas Pepe, who led the club to the Champions League. Now they have to play on two fronts without their leader. A tough fight is expected at the bottom of the League one’s standings, too.

The official opening of the football season in France happened during the match for the country’s Super cup. It saw the competition between the champion of the League 1 Paris Saint-Germain and the winner of the national cup, Rennes. In order not to miss such events from the world of sports, follow the schedule of upcoming matches on the 777score.com website.

The match was held not at the main arena of the country, Park de Prance, but at the National Stadium in China. This was done to increase the popularity of the French championship in other countries, making profit from ticket sales. Local fans liked this idea. They filled the entire stadium, tickets were sold out before the start of the match. 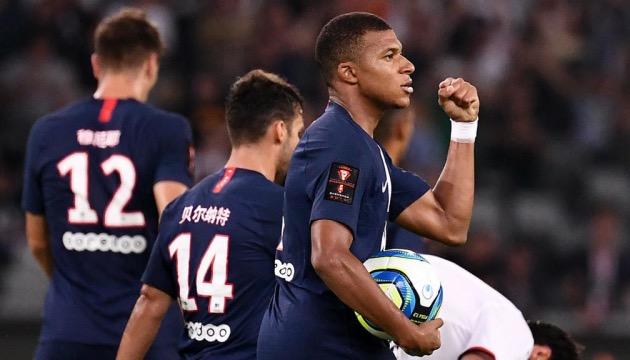 The confrontation itself turned out to be quite intense and rich in interesting moments. A real treat of the game was the goal of the PSG’s Argentinian midfielder Angel Di Maria. He scored a magnificent free kick at the end of the match and brought victory to his team. The final score of the match was 2:1 in favor of the grand from the capital.

You can get access to the 777score.com website without registering, or depositing money. The presented sports resource is completely free.

We use cookies to ensure that we give you the best experience on our website. If you continue to use this site we will assume that you are happy with it.Ok