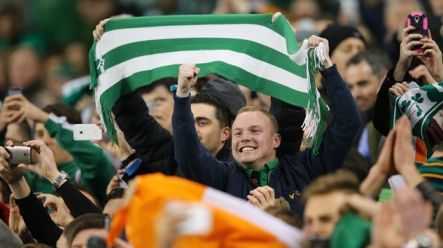 Although Irish footballers have lost their sphere of influence at the top of the Premier League, there are two standouts in the Championship who will have very important roles to play for their clubs in the second tier.

The relegation battle in the Championship is not one that clubs relish, and the performances of these two Republic of Ireland internationals could make or break the campaigns for Wigan Athletic and Birmingham City in their bid to avoid the drop to League One.

Keane was in inspired form in League One last season to fire the Latics to the third-tier crown. However, he will now play a more significant role in the final third, with Leam Richardson’s men being backed at a leading betting site at 3/1 to take the immediate plunge back into League One. Keane will be instrumental as he was in the previous two campaigns for the Latics. The former Manchester United man came to the fore in the 2020/21 season late in the term to dig them out of trouble at the bottom of the third tier.

🏆 Next up is the Players’ Player of the Year award…

The 29-year-old notched 10 goals in 32 appearances, including five in his last seven appearances when his team needed him the most to avoid a second-straight relegation. Keane built on the momentum and was sensational in the last campaign. He finished as the top-scorer in League One with 26 goals in 44 games, blasting the Latics to the crown, and was named in the PFA League One Team of the Year. Keane now has to take his game to a new level, where he has previously struggled to find his feet. With a tougher level of competition and little margin for error, the 29-year-old must remain flawless alongside Callum Lang. If not then Wigan could be in trouble at the bottom of the league.

Hogan scored important goals for Birmingham in the last campaign, although he did go off the boil towards the end of the season. The 30-year-old is a proven goal-scorer in the Championship, notably in the 2016/17 term when he notched 14 strikes for Brentford in only 25 matches. His form did earn him a lucrative move to Aston Villa, where he failed to replicate the standard of his performances. Hogan bounced around a number of clubs on loan before securing a deal with the Blues. The forward has been solid amid the turmoil at St Andrew’s, but will be playing under his third manager in as many years as John Eustace has replaced Lee Bowyer.

Scott Hogan has scored 10+ goals in a Championship season for the second time in his career:

On course to set a new personal best. 🏅 pic.twitter.com/S9yXtIHp5n

Whether that will affect his form remains to be seen, but Birmingham need him to operate at the peak of his powers. The Blues are one of the leading contenders to be relegated from the Championship, and do not have a lot of firepower at their disposal. Hogan needs to rediscover his scoring touch after notching 10 goals in 36 games last season, although he failed to find the net in his final 10 matches of the term. Eustace faces a challenge to get one of his key men firing, but if he succeeds it could make the difference at the bottom of the second tier.