Dublin kicked off the 2020 Hurling Championship with a win against Laois last weekend. After such a long absence from inter-county action, the hurling calendar is suddenly very hectic. Now, it’s Dublin vs Kilkenny in the Leinster semi-final.

Against Laois, Dublin scored an impressive 2-31. In addition, they kept the goals out at the other end, conceding 0-23. This solidity in their own defence will be important when coming up against last year’s runners-up.

Donal Burke was the Dubs’ top scorer with a personal tally of 1-16. Furthermore, Eamon Dillon hit 1-1 off the bench. In total, the Sky Blues had ten different scorers, something Mattie Kenny will be very pleased about.

Kenny made a couple of interesting calls for this game. Firstly, Chris Cummey was handed a new role. Last year’s captain is best known for being a half-back. However, on this occasion he found himself in the half-forward line and justified the selection with two points.

Secondly, Kenny left ex-All-Star Liam Rushe on the bench alongside experienced performers like Dillon, Shane Barrett and Mark Shutte. All of these came on to make their mark. It will be interesting to see if Kenny decides to stick or twist for the Kilkenny game.

Last year, Dublin suffered a shock to Laois. This time around, such an upset never looked on the cards. But, with the absence of a group stage, Dublin need to hit take the game to their Leinster counterparts.

Kilkenny made it all the way to the All-Ireland final last year despite losing the Leinster finale to Wexford. In fact, they knocked out holders Limerick on the way to doing so.

Earlier in the year, Kilkenny had qualified for the League quarter-final but had been less than convincing in doing so. However, the return of the Ballyhale Shamrocks contingent is a major boost to Brian Cody’s squad. Likewise, Adrian Mullen’s return from injury makes him a solid offering.

The winter Championship has proved fruitful for Kilkenny before. In 1909, they won the All-Ireland Final on the 12th December. Currently, this year’s final is scheduled for the 13th of December. Hence, Kilkenny fans will be hoping history repeats itself.

The game is live on GAA GO. 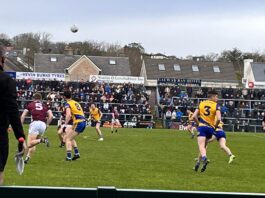