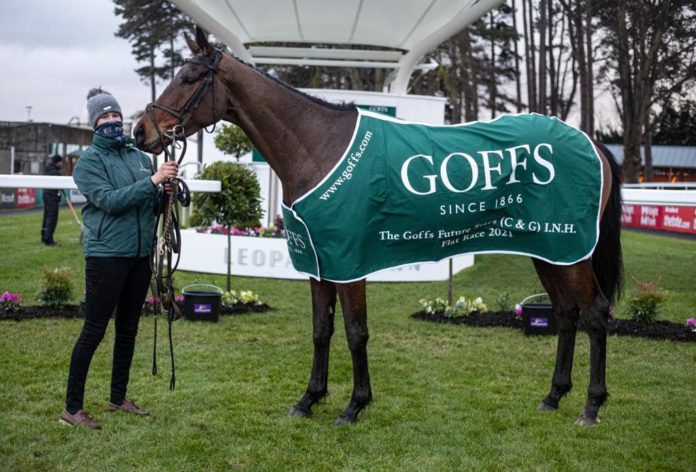 Goffs is set to continue its sponsorship of the Goffs Future Stars INH Flat Race at the Dublin Racing Festival. The race will be run on the opening day, Saturday 5 February at Leopardstown. Goffs will also sponsor the stable staff canteen on both days of the two-day Festival.

Past winners include Envoi Allen, Appreciate It and Kilcruit

“This time of year marks the launch of the 2022 Goffs Land Rover Sale as we begin the selection of the future jumps stars that will be on offer at Goffs in June.  As part of our commitment to Irish National Hunt Racing, we are proud to sponsor the Goffs Future Stars Bumper at Leopardstown which has attracted another high-class list of entries, and we are delighted to broaden our association with the Dublin Racing Festival through sponsorship of the stable staff canteen”.