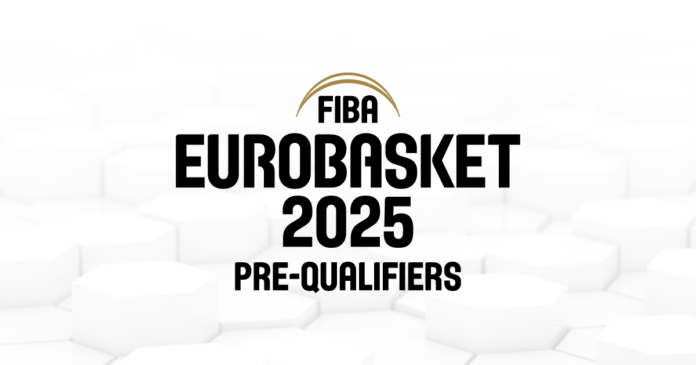 C&S Neptune pair Cian Heaphy and Roy Downey are set for their international debuts after being named in the final 12-man squad for the upcoming FIBA EuroBasket 2025 Pre-Qualifiers. Ireland will play Switzerland in Fribourg on Thursday, followed by a home game against Cyprus at the National Basketball Arena in Dublin next Sunday.

Speaking about his selection, Heaphy said: “I’m absolutely delighted with the call up. It’s a great honour to be selected and to represent my country at the highest level. I take great pride in having the opportunity to wear the Irish Jersey at senior level, as it’s been a dream of mine for many years. I made the extended squad in November for the FIBA EuroBasket, since then I’ve been working hard on my game to try and make my way into the final 12. I’m looking forward to working with Mark (Keenan) and his coaching staff and joining up with the rest of the squad, as we look to build on the positive start that Ireland have made to the FIBA EuroBasket campaign.”

Roy Downey played for an Irish representative side, Hibernia, in 2015, when they travelled to China for three games in 2015, however they were uncapped fixtures. Seven years on he’s relishing the chance to play in FIBA EuroBasket for Ireland.

“Look it’s a great honour anytime you get to represent your country, especially to get to do it in front of a home crowd. I’m excited to get to learn from the guys who have been there over the last 18 months or so and also to get the opportunity to work under Mark (Keenan), Adrian (Fulton) and Puff (Summers) will be great. It will be a great week of learning for me personally and hopefully I can add something positive to the team,” Downey said.

Head coach Mark Keenan added: “Both Cian and Roy have been playing some great basketball with their club C&S Neptune and both have played their way into the team. On their current form they have fully deserved their call up into the team. As coaches we are constantly watching what’s going on in our league here and also watching our players abroad, to see how all are currently performing. I’m delighted for Cian and Roy and I am very much looking forward to working with both of them.”

Ireland started their FIBA EuroBasket 2025 Pre-Qualifiers campaign last November with a 81-73 win over Cyprus in Nicosia, followed by a 97-70 home defeat against Austria.