Tipperary’s Nicole Drought will start her 2020 race campaign this weekend at the high speed Croft Circuit in Yorkshire when she competes in the Britcar Endurance Championship at the wheel of a 425bhp Porsche 718 GT4.

Nicole signed to the CJJ Motorsport team earlier this year and was due to start her campaign in April but the series was put on hold due to Covid 19.

Having moved back home to Roscrea in Tipperary during the subsequent lockdown, Nicole took the opportunity to increase her fitness training and also continued to learn the UK circuits on her Digital Motorsports.com supplied Simulator.

Having travelled to the UK to test the Porsche and meet her Valluga team recently, Nicole is looking forward to going back racing once again. She will drive for the Silverstone based team at Croft, Brands Hatch, Oulton Park, Silverstone and Snetterton, with two one hour races at each race meeting. Nicole will be partnered in the team by Wicklow’s Sean Doyle, an experienced UK based racer and driving coach.

“In any sport, you train to be ready, in case an opportunity comes along. I’m fully aware that I am lucky enough to have been given the opportunity of a lifetime through my CJJ Motorsport association. It is a massive step up for me and I have plenty to learn, so the plan this weekend is to take on board as much as I can before getting more testing under my belt ahead of the next round. The car is incredibly quick and has far more grip than anything I have raced before but I’m very happy with the progress I have already made. It’s good to have Sean on board because not only is he an experienced race driver, he is a well known driver coach.”

Race one will run at 4:55pm on Saturday with race two starting at 2:45pm on Sunday. Both races run for 60 minutes and include a pitstop and driver change. 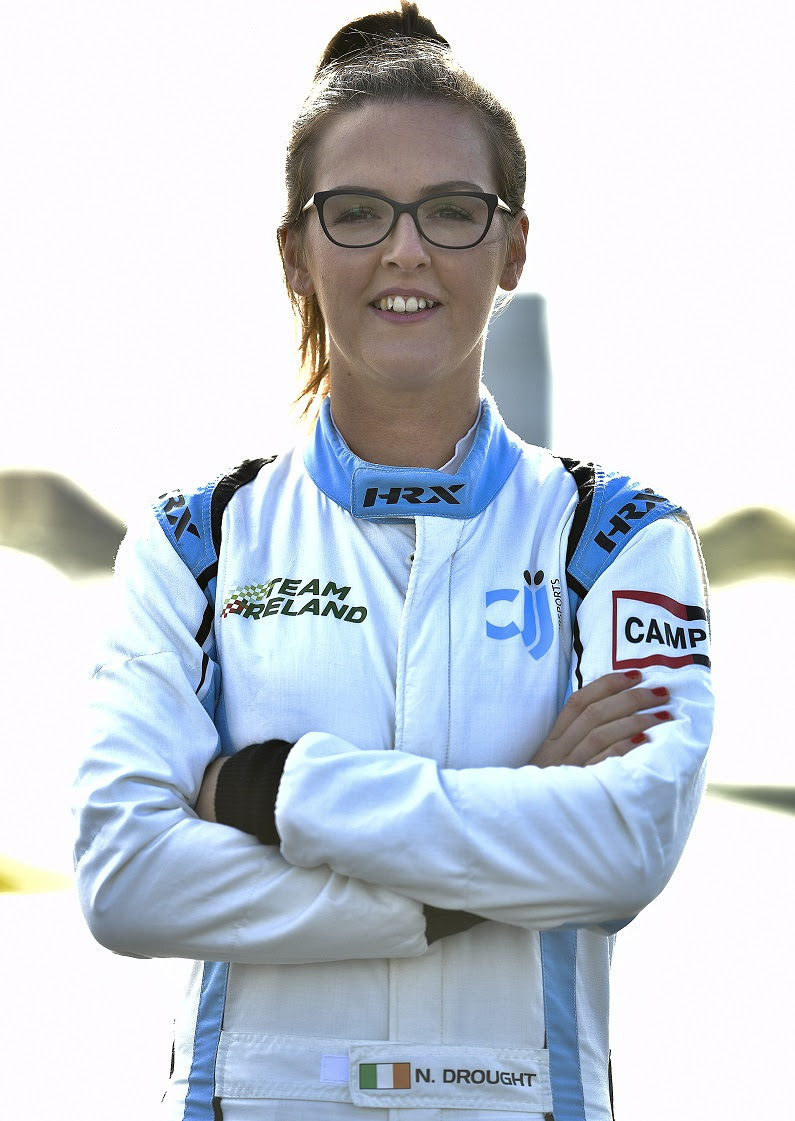 Nicole Drought, 25, from Roscrea in Tipperary, is Ireland’s top female racing driver. In 2016, she became the first woman to win in the Irish Touring Car Championship, taking victory in the Production Class in her Honda Integra. She has subsequently raced in Global GT Lights, Stryker Sportscars and  Nicole is the only Irish Ambassador for the International Sean Edwards Foundation, with whom she tested a Porsche GT3 Supercup in Le Castellet in 2016. In 2018 and 2019, Nicole raced in the Irish Stryker Championship, running at the front all year with a number of podium finishes. She is also the reigning Class 1A Endurance Trial Champion, having taken the title in 2018 and sucessfully defending it in 2019, with six wins from six starts. In May 2019, Nicole became the first woman to win in the UK C1 Endurance series, when she partnered Colin Lewis to victory in a 4 hour race at Anglesey in Wales.

In August 2019, Nicole drove a Formula 1 car at the Mondello Park Historic Festival, when she demonstrated the ex Derek Daly March 811 for CJJ Motorsports and in February 2020 she travelled to Palm Beach in Florida to drive the team’s Jordan 192 F1 car.
For 2020, Nicole has joined the CJJ Motorsport team. The initiative, set up by Irish expat John Campion, will support Nicole as she competes in the UK Based Britcar series.
She is also an Ambassador for Formula Female, the initiative set up by Irish Hockey Star Nicci Daly to attract more females into Motorsport, WISP, and the International Sean Edwards Foundation.
Image from Michael Chester