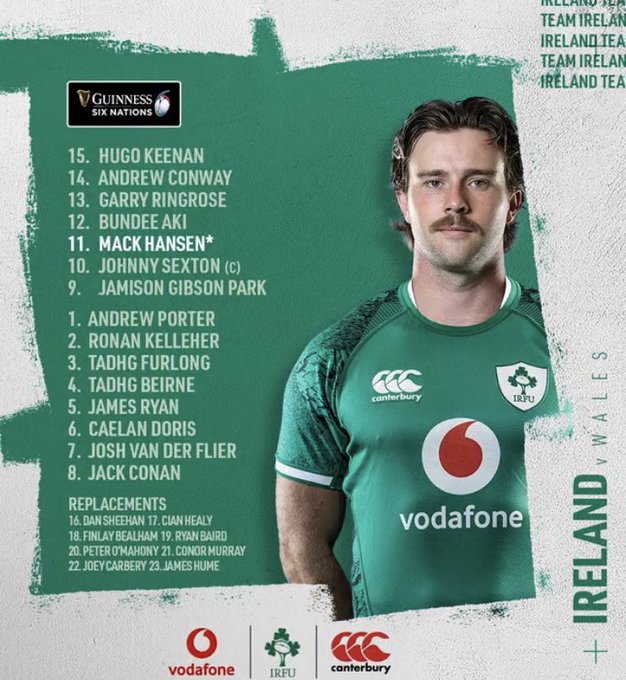 Mack Hansen and Bundee Aki are both starting for Ireland against Wales on Saturday, kick-off time 2:15 pm. Both could be seen as surprising.

Ireland team to play Wales, as predicted Mack Hansen and Bundee start and Finlay is on the bench. No place for Jack Carty which is a shame. #rugby pic.twitter.com/m7f4YegW6k

The 23 includes one new cap and two players set to make their Championship debuts.

Johnny Sexton will captain the team on his 102nd cap for Ireland and his 53rd appearance in the Championship.  Sexton is joined at half-back by Jamison Gibson Park while Bundee Aki and Garry Ringrose link up in the centre for a fifteenth time for Ireland. 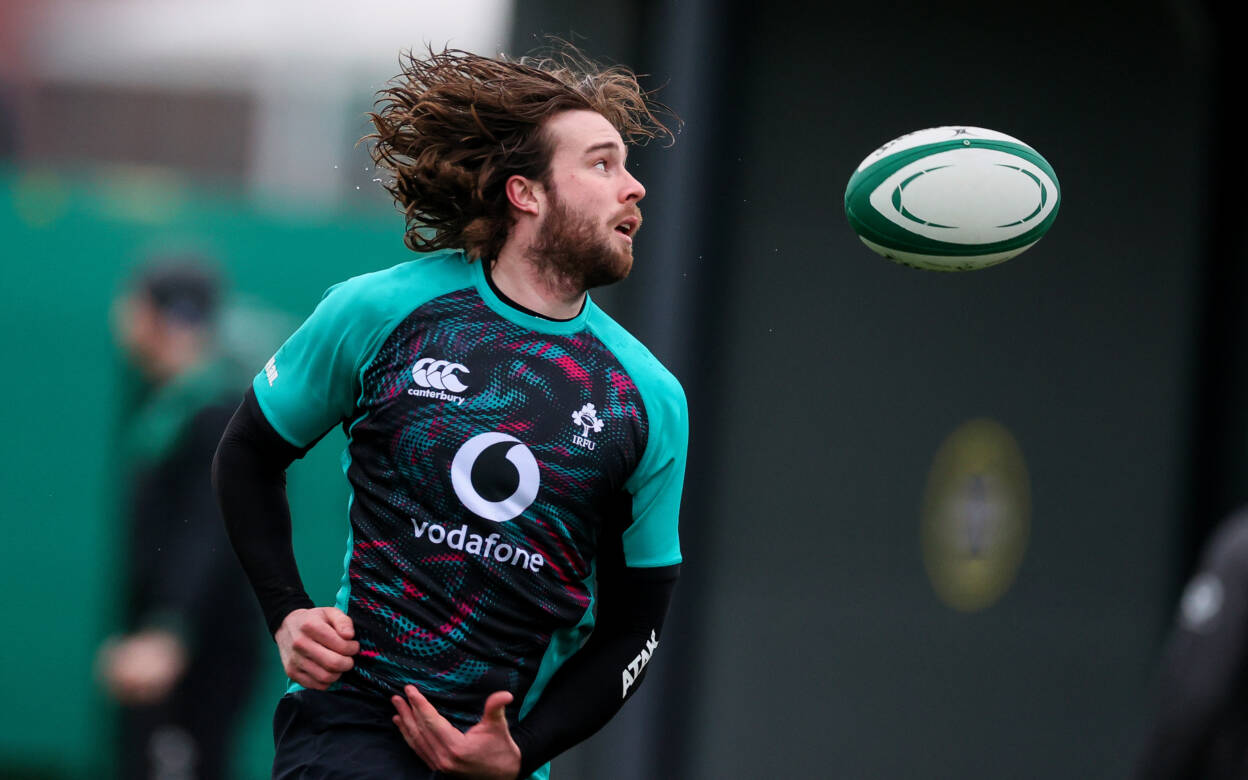 The uncapped Connacht wing Mack Hansen lines out on the left wing with Andrew Conway on the right and Hugo Keenan at fullback starting his seventeenth consecutive Test match.

In the pack, the front row features Andrew Porter, Ronan Kelleher and Tadhg Furlong with Tadhg Beirne and James Ryan locking down the second row.  Caelan Doris, Josh van der Flier and Jack Conan are named in the backrow.

In the replacements James Hume and Dan Sheehan are set to make their Championship debuts. They are joined on the bench by Cian Healy, Finlay Bealham, Ryan Baird, Peter O’Mahony, Conor Murray and Joey Carbery.