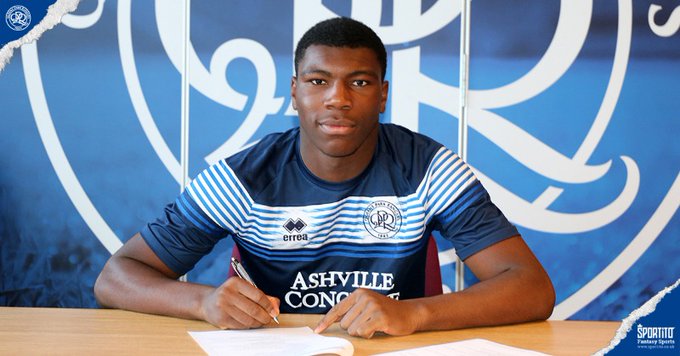 Sinclair Armstrong links up with QPR

A big day for young Irish striker Sinclair Armstrong as he sealed a dream move to England. The 17-year-old has joined Queens Park Rangers from Shamrock Rovers and will initially link up with the U-18 squad.

Although only 17, Armstrong’s potential has been recognised for several years now. He made his first team debut for Shamrock Rovers at the age of 15, appearing in an FAI Cup game against Drogheda back in August 2018.

Since then, the Clondalkin native has been promoted to the Shamrock Rovers II side and featured six time this season. Kevin Zefi, another promising youngster, is also making waves at Rovers. The former St. Kevin’s Boys’ winger became the youngest League of Ireland goal scorer in history after netting against Longford Town at the age of 15.

Armstrong’s form didn’t go unnoticed at international level either. He earned his first Republic of Ireland call up for the U-17 side back in September 2019 in friendly encounter against Russia. It was a debut to remember as he scored one and set up the other in a 2-0 victory. His second goal for Colin O’Brien’s U-17 team came in November 2019 in a 4-2 EURO Qualifier win over Israel.

Ireland qualify for the Elite Round as group winners! 🙌

Superb performances from this young side 👏#COYBIG pic.twitter.com/rpyFecP60m

It is not all about goals for Armstrong either, who has operated on the right wing in O’Brien’s 4-3-3 formation for the U-17 side. At this age you need to add as many strings to your bow in order to stand out. In a clash against Switzerland in February of this year, Armstrong’s lofted cross from the right wing was met by Bohemians’ striker Evan Ferguson who headed home an equaliser.

Shortly after the Switzerland game, the Independent.ie reported that Armstrong was in Germany on trial at Bundesliga side Hoffenheim. Fellow Bundesliga side Schalke and Serie A’s Verona were also reportedly keen. A move to Europe has become increasingly more common with the likes of Jadon Sancho, and more recently Jude Bellingham, proving that there is life beyond the English leagues.

Nevertheless, all of the interest will not have phased Sinclair Armstrong. He knows the importance of staying humble. A trait embedded in him by his former Rovers’ boss Damien Duff according to the youngster.

Despite the mentioned interest from Europe, QPR was the preferred destination. He will join fellow Irish youngsters Conor Masterson and Olamide Shodipo at the London club. “I’m going to do everything become a professional footballer” was what Armstrong promised back in 2019. Now he is one step closer on that journey.