Galvin and Davy Russell got up in the shadows of the post to snatch the Savills Chase from last winner A Plus Tard and 2019 Punchestown Gold Cup victor Kemboy.

The Ronnie Bartlett-owned winner, who claimed the National Hunt Chase at the Cheltenham Festival last season, was runner-up to Frodon at Down Royal on his last start.

Another thrilling finish in the Savills Chase!

Galvin finishes with a real flourish under a fine @_Davy_Russel_ ride to deny A Plus Tard in the big race at @LeopardstownRC @SavillsIreland | @gelliott_racing pic.twitter.com/nPODvP7ftp

Kemboy lead from flag fall and looked to have run most of the field into submission until the race favourite A Plus Tard made eye-catching progress on the outside of the field as they approached two from home.

With the Henry De Bromhead-trained Rachael Blackmore-ridden odd-on favourite looking the most likely winner, Russell soon moved Galvin outside of the eventual runner-up and third-placed horse as they approached the final fence.

With A Plus Tard finding it difficult to put daylight between himself and Melon, Russell and Galvin rallied close home to deny A Plus Tard by a short head with a further three-quarters of a length back to the brave Kemboy in third.

A winner at his first attempt at the staying distance at the Punchestown Festival last April, Klassical Dream took back-to-back Grade 1 wins, and claimed the €59,000 first prize.

Klassical Dream – three miles ahead, but race won at the start?

The Joanne Coleman-owned French-bred was in the lead, or sharing the lead, throughout the three mile contest. His nearest rival during the race, and also on the home straight, was last season’s Stayers’ Hurdle winner at Cheltenham Flooring Porter.

It was a seventh winner of the Leopardstown Christmas Festival 2021 for the successful handler, Willie Mullins, who was also responsible for the third-placed Burning Victory.

The odds-on former Punchestown Grade 1-winner over hurdles was never in danger on his first start over fences as he passed the winning post 22 lengths clear of Ain’t That A Shame (10/1) with another 16 lengths back to Floueur (10/1) in third.

The champion trainer completed a treble when taking the concluding bumper with Redemption Day (8/11f) under his son Patrick.

The opening Savills Maiden Hurdle over 2 miles 4 furlongs went to the Ellen Doyle-trained Howyabud, ridden by Jack Foley. The 25/1 chance, bred and owned by Kilkenny hurler Charlie Carter, beat the Willie Mullins import Horantzau D’airy (11/10f) by six lengths and the October Point-to-Point winner Secret She Keeps (16/1) from the Henry De Bromhead yard was a further five and a half lengths back in third.

Another Christmas winner for JP McManus

The good Christmas form of horses owned by JP McManus continued with the victory of Priory Park (92/jf) in the Irish Daily Star Christmas Handicap Hurdle under jockey Mark Walsh. The gelded son of Dylan Thomas was following up on his November success at Thurles for handler Edward O’Grady as he beat Nazine (25/1), Silvertown (14/1) and Carrig Rock (9/1).

Curragh-based trainer Martin Brassil won the Pertemps Network Handicap Hurdle (Qualifier) with 25/1 shot Panda Boy, with JJ Slevin in the saddle. In a hotly-contest qualifier for the Cheltenham Festival, the five-year-old grey son of Valirann won his second career race as he held off Winter Fog (8/1), Futurum Regum (22/1) and the 6/1 favourite A Great View.

Panda Boy is very lightly-raced and prevails in the big-field Pertemps Qualifier for J J Slevin and Martin Brassil at @LeopardstownRC pic.twitter.com/qptBTINb71

Tomorrow is the final day of the 2021 Leopardstown Christmas Festival. 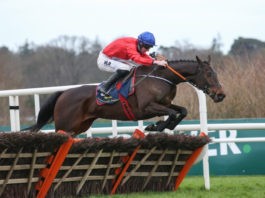 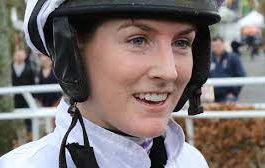