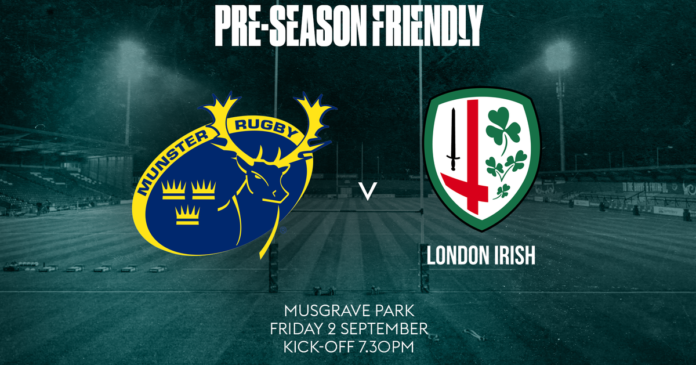 London Irish will travel to Munster Rugby on Friday 2 September 2022 for a pre-season friendly (7:30pm kick-off).

Declan Kidney’s squad will head to Musgrave Park to finalise preparations for the 2022-23 campaign.

In honour of Jack Wakefield, a London Irish supporter who passed away in 2005, the clubs will contest for the Jack Wakefield Memorial Trophy.

The trophy is awarded to the winners of every one of London Irish’s challenge matches against an Irish province. September’s meeting against the Red Army will be the 10th in 15 seasons.

The last meeting between the two sides was in a pre-season clash in 2019, with Munster Rugby coming out on top on that occasion.