Sam Bennett became the first Irishman to wear the green jersey since Seán Kelly in 1989 and the first Irish cyclist to lead a Tour de France classification in more than 30 years after finishing third in today’s fifth stage.

The Carrick-On-Suir rider finished just behind stage winner Wout van Aert and Cees Boll but ahead of green jersey holder Peter Sagan, who was fourth on the 183km trip from Gap to Privas.

Bennett won the intermediate sprint after 48 kilometres at l’Épine this afternoon, giving the Deceuninck – Quick-Step cyclist 20 points. With the incumbent Peter Sagan of Slovakia claiming only 13 points for a fourth-place finish in the sprint, Bennett moved to the head of the standing with 103 points, ahead of Sagan on 96 points, with the yellow jersey wearer after stage 1 on Saturday, Alexander Kristoff next on 90 points.

Bennett’s teammate Michael Morkov took second in the intermediate sprint, taking 17 points away from the Irishman’s main rivals, with the stage winner on Monday, Australian Caleb Ewan finishing third. With Bennett finishing ahead of Sagan in the sprint at the end of the stage, the Irishman moved to 123 points, ahead of Sagan on 114 in the points classification.

“It’s special for me to be the third Irishman to wear the green jersey,” Bennett said. “I will do everything I can to keep it.”

“I’m honoured to wear (green) at least once and I’m really happy that happened today. It’s hard to go for stages and the green jersey – today I was so focused on the green I almost forgot to really, really try to win”, the 29-year-old Irishman said.

“I’ve never had such mixed feelings in my career. I’m really happy to have green but sad to have lost the stage. But I did everything I could. In the last two kilometres I didn’t have the legs to sprint, but I’m pretty happy with my performance in the end.

“It was a really hectic sprint, and to be honest, at three kilometres to go I felt that I didn’t have the legs to sprint anymore. The final was really difficult, I could feel that as we were approaching the line. I was focused today on taking the green jersey and having it and following in the footsteps of Seán Kelly and Stephen Roche feels amazing. I am delighted and proud with it and want to enjoy this moment and continue fighting for green.”

The stage victory for Van Aert was another success for the Jumbo-Visma team after Primoz Roglic’s stage win to Orcieres-Merlette on Tuesday.

Dan Martin of Israel Start-Up Nation was 137th today, 4 minutes 50 seconds behind the leaders, while Team Sunweb’s Nicolas Roche was 7 minutes 4 seconds behind the stage victor. Though Roche falls from 22nd to 44th in the general classification, he still remains the leading Irishman on GC in this year’s Tour de France.

Unfortunately for Bennett’s teammate, Julian Alaphilippe, he lost the yellow jersey when penalised 20 seconds by the race jury for taking a water bottle inside the last 20 kilometres of the stage. The Frenchman lost the race leader’s jersey to Briton Adam Scott of Mitchelton-Scott and slips down the general classification to 16th position, 16 seconds behind the new leader. 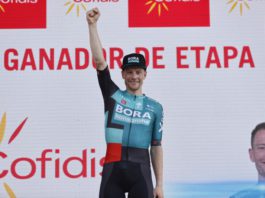 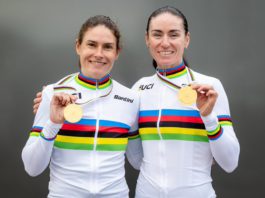 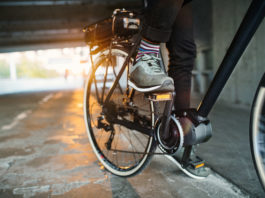