Home Other Sports Irish tennis yet to scratch 40-year itch 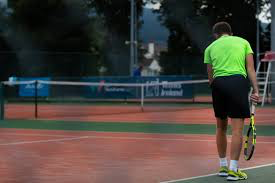 With a ball in hand or at feet, Ireland have remained fiercely competitive down the years – with the nation’s men’s rugby team currently occupying the No.1 spot in the official world rankings. On the football scene, European Championships were reached in 2012 and 2016, with the plan being to break a barren run on the World Cup front in 2026.

Medals have been picked up at major competitions on the track, field and in the pool, while an ambitious cricket side has punched above its weight at times and Katie Taylor remains the benchmark for female boxers across the globe.

With all of that success taken into account, why has progress in tennis circles proved so elusive? There will once again be no Irish representation in betting on US Open 2022, with Grand Slam events continuing to come and go while barely registering on a collective radar.

While the likes of Novak Djokovic, who sits as the 11/8 favourite to savour more glory in New York, and Rafa Nadal continue to fly the flag for Serbia and Spain respectively, there is one corner of Europe that wonders whether a day in the sun will ever come.

This is nothing new for tennis in Ireland, with the most prominent of racket sports seemingly holding little appeal to those from the Emerald Isle. Maybe the interest is there, with potential just waiting to be unlocked, but lack of access to suitable training and facilities places immovable objects into the path of many an aspiring player.

There have been Irish stars down the years, with a select few managing to make some sort of a living from tennis, but they have tended to be a break from the norm. A quick flick through the history books paints a bleak picture when it comes to those making any kind of impact.

Across the men’s and women’s game, Ireland currently has no player inside the world’s top 600 – singles or doubles – while only one wheelchair athlete breaks into the top 100 across both of those formats.

That comes as no real surprise, as only two performers – one from each gender category – have ever broken into the top 100 throughout the history of the professional era stretching back to 1973. Claire Curran once rose as high as 89 in the doubles game, while Matt Doyle reached the 65th spot in the singles.

Doyle was born in the United States, but boasted Irish heritage and competed under the tricolour flag. He made the fourth round of the US Open in 1982 but lost to a certain John McEnroe, before winning his only tour title a year later at the Cologne Grand Prix.

It was at that time that he peaked in the rankings, with all four majors graced between 1982 and 1984. Nobody has scaled such heights since and there is little to suggest that anybody will be doing so again any time soon.

That is a 40-year itch which has gone without scratching, which is a little uncomfortable to say the least. Progress may continue to be made down other avenues, with certain ball sports thriving, but it remains to be seen whether that positivity can be transferred from a pitch onto a court.