With Cheltenham around the corner, the buzz around Al Boum Photo’s attempt at a Gold Cup hat-trick should start building to a fever pitch.

After all, we are talking real history here: the chance to venerate Al Boum Photo alongside legends like Arkle, Golden Miller Best Mate and Kauto Star. But while most pundits tip Al Boum Photo to take his third successive Gold Cup crown, we can perhaps detect a reluctance to give this the sense of occasion it deserves.

Given another set of circumstances, Al Boum Photo would be the only story to talk about in the lead up to Cheltenham. But there is a more subdued feeling than you would expect around the race. It’s nothing to do with Al Boum Photo; the horse simply wins when he appears before Willie Mullins wraps him up in cotton wool and puts him away again. And while you might think the low-key build-up is linked to the fact there will be no fans at Cheltenham Racecourse this year, we can make an argument that it’s because the Gold Cup features a bunch of runners in shocking form.

Last year, around two lengths separated the first four horses home in the Gold Cup, with Al Boum Photo beating Santini by a neck. Both Santini and third-placed Lostintranslation were immediately installed among the favourites for this year’s renewal. But neither has won a race since, and they have since dropped back down the betting markets. The same goes for the horses who were 4th, 5th and 6th home.

Things could change by 19th March

As ever, things might change as the festival gets into its groove. And when you check betting tips on the Cheltenham Day 4 races closer to the time, you might find that some tipsters have picked out a couple of candidates to beat Al Boum Photo. But the majority of the field is in disarray. We aren’t saying that taints Al Boum Photo’s attempt at a historic hat-trick – far from it – but it impacts the framing of a narrative for the big race: the story-telling, if you will. There is no sense of Arkle versus Mill House, or Kauto Star versus Denman, here.

Al Boum Photo is currently around 3/1 in the betting markets. You can look at that two ways: first, it’s a relatively short price in terms of ante-post for a Gold Cup winner. Money will likely come in on the day to shorten those odds further. Secondly, though, a price of 3/1 doesn’t suggest bookmakers believe this to be a sure thing. Winning a Gold Cup isn’t easy, and there’s a lot that can happen over those 3 miles that can make your selection look foolish.

A Plus Tard is now second favourite

And that probably gets to the heart of things. Al Boum Photo has proven that he can win Gold Cups, looking imperious even in his runs away from Cheltenham. His main rivals – A Plus Tard, Champ, Royal Pagaille, Santini – could be Gold Cup winners, but they have not had the chance to prove it. If you the example of Royal Pagaille, the 4th favourite and a general 8/1 chance. Not only has the Venetia Williams trained horse never won a Grade 1 race before – it has never contested a Grade 1 race before.

Perhaps Royal Pagaille and others will make that step up on the day, but the betting markets have been characterised by chopping and changing all winter as big hopes were raised and then dashed in racecourses across the UK and Ireland. The only constant was Al Boum Photo, cool-as-a-cucumber watching his rivals flounder. A worthy favourite for his third Gold Cup, but one who is the beneficiary of rivals who can’t seem to build any momentum. 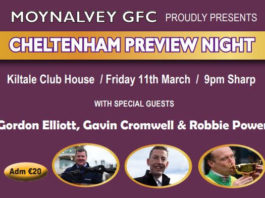