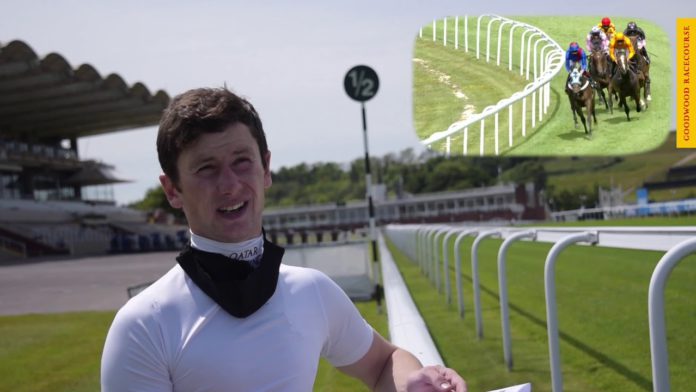 British Champion jockey Oisin Murphy has been given a 14-month ban by an independent disciplinary panel of the BHA for a series of rule breaches. He won’t be able to ride for a year.

The Kerry born jockey’s ban will be dated back to Dec 8 2021 and he was also given a fine of £31,111, A three-person independent disciplinary panel of the British Horseracing Authority heard that Murphy had broken Covid protocols, misled BHA officials and acted in a manner prejudicial to the proper integrity, conduct and good reputation of the sport.

The chair of the panel, James O’Mahony, concluded after a hearing lasting more than five hours: “Oisin Murphy is a young man, a brilliant jockey, a super horseman and, with respect, both intelligent and articulate. We are not hear to criticise you for the sake of it but to explain our reasons and apply the rules.

“However affected by fiction that you may have been, we conclude you thought you were above the rules and the law. And however high you are, you are not above them. They apply to all.”

The chain of events that led to Murphy finding himself sitting in the BHA’s High Holborn headquarters began on August 24, 2020, when the stewards at Ayr found him guilty of careless riding aboard maiden winner Tiritomba. He was banned from September 7 to 13 and, having rejected an initial notion that he should appeal, went for a short holiday in Mykonos.

While relaxing in the Greek island, Mykonos was moved onto the global pandemic Red List which meant that Murphy was obliged to self-isolate for 14 days on his return. The disciplinary panel heard he was aware of this requirement but instead resumed riding straight away.

During the two-week period when he should have been twiddling his thumbs, Murphy rode in 70 races and enjoyed 11 winners. He earned race-riding fees plus a proportion of the £311,000 prize-money that his mounts accrued. Jockeys receive about 7 percent in win prize money,

O’Mahony observed: “There are no certainties involved in this but as a punter if you put money on William Buick to win a championship, and he hears that Mr Murphy had no business to be riding during that period and getting winners, how’s he going to feel? And how good is that for racing?”

Rory Mac Niece, the solicitor representing Murphy, replied. “I can’t put myself into a punter’s mindset but I don’t think that any party can say the 2021 championship turned on that 14-day period. The punter may have lost his money anyway.”

He said: “I had media commitments to do a blog every week for Sporting Life. I didn’t intentionally get in touch with them to try and tell everyone that I was somewhere I wasn’t. When you’re doing a blog from a sunny place and there’s the sea and rocks in the background, or whatever it is, they are going to ask where you are.

“Nobody knew exactly where I’d been. I’d been on holiday with one person, one other person knew as they booked the flights, and two of my friends were out there but I trusted them not to say anything. I thought the lies could be contained.”

However, photographs on Murphy’s Instagram account told a different story as they tagged in Mykonos. The BHA had not been thrown off the scent and launched a formal investigation early in 2021 as to his exact whereabouts. On February 12, of last year, another member of their staff asked him outright if he was in Mykonos. Murphy again denied being there and apparently told them “I’d love to go to Mykonos”.

He again insisted he was in Lake Como (about 1400 miles away) but had no explanation as to why his Instagram account indicated otherwise. Murphy later removed the location tags.

The investigation continued and, eight months after his initial deception, Murphy had exhausted his excuses and admitted he had been in Mykonos all along. He had enjoyed a boat trip there, dining out and generally relaxing.

Murphy was given an 11-month ban and a £31,111 fine for matters arising from his trip to Mykonos.

n addition, he twice tested positive for alcohol above permitted levels on the racecourse last year, having also failed a breath test earlier in his career at Salisbury in 2019.

Murphy admitted to all the charges and spoke with clarity, without notes or interruption, for 27 minutes about how his career had unfolded plus his drinking problems.

He said he regretted trying to deceive BHA officials and later added his drinking had become out of control. Murphy said he was now “a different person but that I can’t go back in time” and added that drinking was “the rock I perished on”. He said there had been “no element of joy” when being crowned champion jockey for a third time at Ascot in October, and he became emotional when talking about first attending Alcoholics Anonymous.

“I’ve made a list of errors on my phone I’ve made in my life, and they are all due to drinking,” he said. “I used alcohol as a crutch. The reason it’s so frustrating for everyone is that I was warned about dangers [from an early age]. But I couldn’t resist.”

The penalty structure for his range of misdemeanours made a lengthy ban something of a certainty, although Mac Neice said there mitigating circumstances as he outlined the jockey’s relationship with alcohol. He said that drink underpinned a number of his bad judgements and decisions.

His latest defence is now over before it is has even started, with his reputation damaged. William Buick, who made him pull out all the stops last year, in pole position to take the crown for a first time.

The BHA announced in December it had conducted a “detailed investigation” after being made aware of a possible breach of coronavirus protocols by Murphy related to travel in September 2020. The governing body subsequently issued three charges and a hearing in front of a disciplinary panel was arranged to take place on December 10.

But after receiving submissions from Murphy’s legal team regarding his welfare, and Murphy deciding to relinquish his riding licence with immediate effect, the BHA agreed to postpone the hearing. Murphy confessed his wrongdoing at this time and said in a statement “I’m deeply embarrassed and regret my actions”.