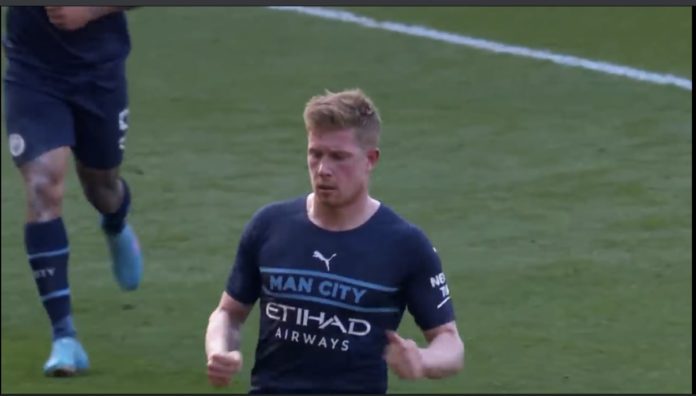 ‘KDB’ has been coined the assist machine in the English Premier League and his performances for club and country have defied logic at times.

With incredible vision, passing ability and two powerful feet, de Bruyne was hugely influential in City winning both the Premier League and Carabao Cup last season and although his native Belgium weren’t able to get over the line at Euro 2020, de Bruyne was one of the standout performers at the tournament.

Footballers always profess that individual honours are nowhere near as important as winning things as a team, but Kevin de Bruyne has received gratification for his performances domestically over the past couple of seasons, by winning the PFA Players Player of the Year award in both 2020 and 2021.

His global stock has also risen, with sponsorship deals flooding in from a variety of sources and ‘KDB’ is one of the most recognisable footballers on the planet.

In 2022, he is chasing his third consecutive PFA Player of the Year title, which would see him become the first player to ever achieve the feat.

Once again, de Bruyne has put in some breath-taking performances in 2021/22 but at odds 12/1 and with the Bet365 UK current bonus (new customers get up to 50 in bet credits), he looks to have his work cut out a little this season.

His chances of winning the gong again are in no part due to his performances but due to the incredible showing displayed by Liverpool’s Mohamed Salah.

The Egyptian has been a one-man wrecking ball in the Premier League this season, bagging 19 goals and 10 assists, with 12 league games still to play.

Whether his brilliance can see Liverpool claw back their deficit to Manchester City in the title race remains to be seen but Salah’s numbers stand up in the history of the Premier League legends.

At 0.2/1, Salah looks to have the PFA Players Player of the Year award in the bag but with a quarter of the season still to be played, there is still a window for some players in the division to put their name forward for the gong.

Another Manchester City starlet in Bernardo Silva has also enjoyed a superb campaign, with goals and assists running throughout the season.

The Portuguese international was rumoured to be on his way out of City in the summer but he has proved his worth to Pep Guardiola’s men exponentially this term.

Salah has upstaged everybody this season but at 14/1, Bernardo Silva is sure to be in the running for a nomination at the end of the campaign – especially if City were to win another league title.

Such has been City’s dominance at times this season, that another blue makes his way into the reckoning in the form of homegrown sensation Phil Foden.

The ‘Stockport Iniesta’ has an insatiable habit for popping up with important goals and he has become a hugely influential player over the past couple of seasons for club and country.

At the tender age of just 21, Foden does look to have the world at his feet, and he could be in contention at 20/1 to win his first PFA Players Player of the Year award this term.