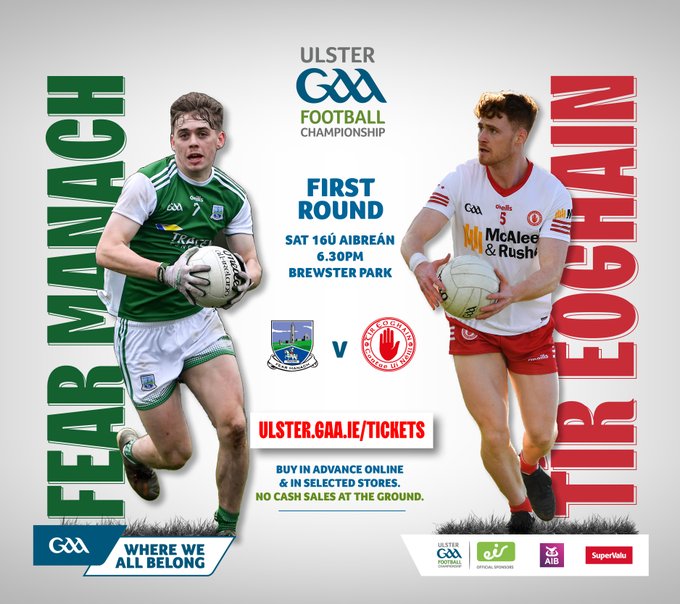 All Ireland champions Tyrone start the 2022 football championship away to Fermanagh, we preview the match and have the starting teams.

They played in the last game of the 2021 GAA All-Ireland football championship, crowning a  great season with a win over Mayo in the final, and Tyrone will now feature in the opening game of the 2022 season when they play Fermanagh in the Ulster first round in Enniskillen on  Saturday.

They meet for the first time in the Ulster championship since 2007 when Tyrone won a quarter-final by 0-13 to 1-9.

Fermanagh are seeking their first Ulster championship win over Tyrone for 40 years. They beat Tyrone by 1-8 to 0-10 in the 1982 Ulster final before losing to Armagh in the final.

Championship games between Fermanagh and Tyrone tend to produce few goals. The last eight games have had only eight goals. Neither team scored two goals in any of those games. The last time two goals were scored by one team was in 1968 when Fermanagh beat Tyrone by 2-8 to 0-8.