Dublin will go head to head with Kildare at Croke Park in Dublin this coming Sunday at 4.00 pm in the Leinster Senior Football Championship Final live on RTÉ.

The Dubs are coming into this match on a streak of 10 consecutive Leinster title wins starting all the way back in 2011, defeating Wexford by a mere goal.

Since then they have dispatched many of their Leinster counterparts sparingly, Meath (5 times), Laois (1 time), Westmeath (2 times), Wexford (1 time), and Kildare (1 time).

In those ten finals since 2011, Dublin has averaged a winning margin of 23 points, with their largest being a 30 point victory in last years route against Meath.

Almost unbeatable in Leinster, any fixture involving Dublin is a foregone conclusion on who the victor will be,

This year, however, Dessie Farrell’s side are playing unusually below the Dublin standard. Winning their Allianz League (shared with Kerry).

Looking tame in the quarter-final victory over Wexford, only winning by 0-08 points and looking shaky against Meath in the semi-final winning by 6 points.

It has been the closest year in over a decade where Dublin look somewhat beatable in the provincials.

We have seen this before however when the Dubs don’t perform on any given day, they still find a way to get over the line, that is why they are the greatest footballing side to ever grace the pitch and by some margin.

Kildare are a team on the rise, the appointment of Jack O’Connor was a massive coup for the Lilywhites, having an outstanding career with Kerry, O’Connor gives them a much-needed respect factor,

Only suffering one defeat to a vibrant Clare side during their league campaign, they gained promotion to Division 1 along with Mayo.

Although in their quarter-final and semi-final outings, they got over the line in tough games.

Beating Offaly by 5 points before overcoming a young Westmeath side by 2 points.

If they do defeat the Dubs this weekend, it will be their first Leinster title since 2000, where they took Dublin to a replay, winning by 3 points.

Many of Dublin’s influential players have left the panel this season, Cian O’Sullivan, Eric Lowndes, Paul Mannion, Paddy Andrews and possibly Stephen Cluxton, which has led to a mass exodus of their panel.

The Lilywhites will be without three of their most experienced players through injury.

Midfielder Paul Cribbin will be out for the foreseeable season with two fractured bones in his leg after a fall against Meath in the league.

Fellow midfielder Kevin Feely and defender Eoin Doyle were both forced off during their win against Westmeath in the Leinster semi-final.

As much as I would love Kildare to do the unthinkable and dethrone the Dubs, it won’t happen.

Now, saying that, if Dublin plays as they have been since their league campaign, Kildare could open them up and cause an upset.

Being without three of the key players will not do Kildare any favours, but if they are fit enough to play, their chances of lifting their first Leinster title since 2000 will look increasingly likely.

Come Sunday evening, I believe Dublin will have too much firepower and experience to capture their 11th consecutive Leinster title. 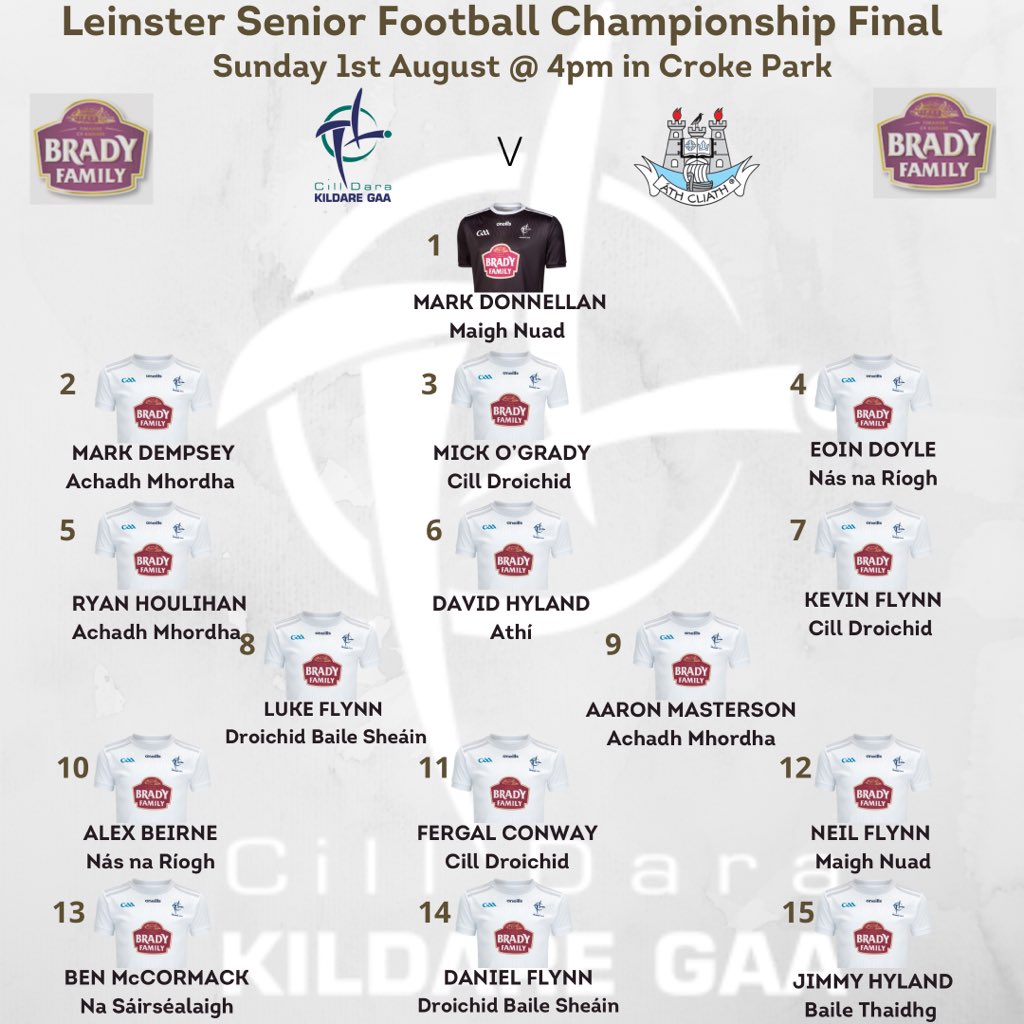