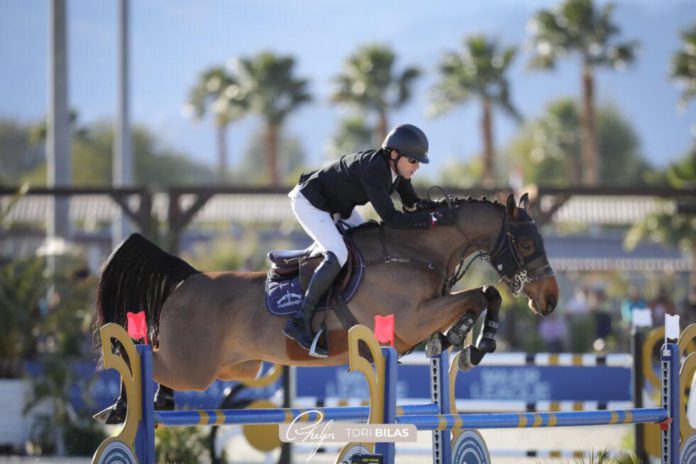 Riding the 13-year-old gelding Vital Chance de la Roque, Ireland’s top-ranked rider at world No.9, was one of 35 athletes to take on the first round course built by fellow Irishman Alan Wade.

Swail used the most of his draw as last to go of the 10 combinations who made it through to the second round. He crossed the line clear in 36.53 seconds, which pushed American Karrie Rufer and Mr. Europe into runner-up spot in a time of 36.72 seconds. Canada’s Lisa Carlsen completed the top three aboard Livestream 2 in 37.79 seconds.

“He jumped amazing. I don’t need to keep saying how great he is. If you just read his results, that shows for himself. It was a nice win. We were last to go. The time was very hard to beat. Karrie [Rufer] put up a very fast time. But I did feel if I did what we just explained, I would maybe just make it. So, thankfully, today he had a great round.”