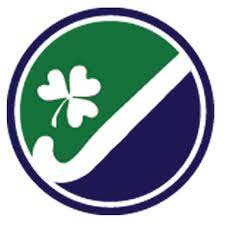 Hockey Ireland senior women’s coach Sean Dancer has named a training panel of 25 players ahead of a busy 2022 which includes July’s World Cup in the Netherlands and August’s EuroHockey Championship qualifiers in Dublin.

This latest squad announcement was confirmed in the week the World Cup schedule and ticket details went on sale. Ireland will open their campaign against the world number one Dutch side in Amsterdam’s Wagener Stadium on Saturday, July 2nd before facing Chile on Tuesday, July 5th and Germany on Wednesday, July 6th. Irish fans are encouraged to buy their tickets in the South Stand (High – Section F) to form a strong supporter’s block.

As for the Irish panel, it will feature 13 Olympians and 17 players who helped Ireland qualify for the World Cup last October in Pisa with Katie Mullan continuing her role as captain of the Green Army.

At the other end of the spectrum, uncapped players Holly Micklem, Caoimhe Perdue, Charlotte Beggs, Síofra O’Brien, Ellie McLoughlin, Katherine Egan and Katie-Jane Marshall all have their chance to shine in the coming months.

This selection follows a highly productive training camp in Antibes where Ireland won 3-0 and 4-0 against the French hosts in uncapped fixtures which gave coach Dancer plenty of food for thought.

“Our recent trip to France provided an excellent opportunity to see how our wider squad performed,” he said of this latest selection. “Some stand-out performances from Charlotte, Caoimhe, Holly and Síofra has allowed them to gain inclusion into the national group for our next period of training and competition.

“This is a really exciting year ahead with lots of different challenges. The talent coming through is really strong and the program we have in place with the support of Sport Ireland and Sport NI, along with our sponsors SoftCo, Park Developments and Saba, puts us in a great place to flourish.”

The squad also includes Barr twins Bethany and Serena who are both on the recovery trail having both sustained ACL knee injuries in 2021. Their return to full involvement will be monitored over the coming months.

This selection round, unfortunately, has come too soon for Zoe Wilson who continues to work her way back from a knee injury. Chloe Watkins and Anna O’Flanagan are also unavailable for the summer’s activities.

Ireland’s World Cup opposition were confirmed last Thursday with the Green Army set to face the world number one side the Netherlands, Germany and Chile in Amsterdam.

Reflecting on that line-up, Dancer added: “Holland and Germany are two of the strongest teams in world hockey, what a great chance to test ourselves at a major event! Chile performed well at the recent Pan Am’s and deserved their place. They will have nothing to lose, and we will certainly not be taking them lightly.”