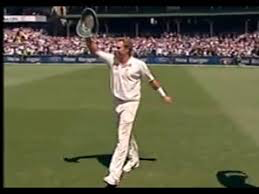 Cricketers are very popular across the globe, and some of them are believed to be highly talented, and you may find their names on Sports betting sites also. Today, we will list a few of the most popular cricketers of all time who have unmatched skill sets.

Regarding the most popular players in the history of cricket, we can never forget the name of right-handed batsman Ricky Ponting. His cricket career lasted from 1995 to 2012; he scored 13,378 in the test and 13,304 runs in the ODI.

He played a total of 168 test matches and 370 5ODI matches. He is among the greatest captains of all time, and he was born on 19 December 1974. His fielding skills are extraordinary, and he had a bright 17-year international cricket career.

Moving further in the list, there is another left-handed batsman and wicket-keeper, Kumar Sangakkara, who has noted his name in the history of cricket. His cricket career lasted from 2000 to 2015, and he made 12,400 runs in the test matches and a total of 134 test matches. During his career, he played 404 ODI matches and scored 14,234 in this line.

Another great name in the history of cricket is Shane Warne. He is a right-arm leg break bowler, and he played between 1992 to 2007. He played a total of 145 test matches and took 708 wickets.

In his ODI career, he had 94 matches and took 293 total wickets. His skills lie in bowling, and his height is 6 feet. He made his debut in 1992 against India and retired from cricket in 2017 after recording his name among the best cricketers of all time.

Brian Lara is a very popular cricketer who played between 1992 and 2007. He is a left-handed batsman and scored in 131 test matches, scoring 11,953 runs. In his ODI career, he played 299 matches and scored 10,405 runs which is a remarkable benchmark in the history of cricket.

He was born on 2 May 1969, and United States President Obama appreciated him. Although he had collaborations with multiple brands back then, one of the most remarkable matches was in 1999 when he scored 153 runs.

A bullet from Pakistan named Wasim Akram was also one of the most recorded remarkable names in cricket history. He’s a left-arm fast bowler and played between 1984 to 2003. He played a total of 104 test matches and took a total of 414 wickets. In his ODI career, he played 356 matches, taking 502 wickets.

He was the first bowler to achieve a target of 500 wickets in total in his ODI career, and he set the record in 2003 during the World Cup. He was also awarded the man of the match 17 times during his career and had four hat-tricks in his name.

And it is another markable name in the history of cricket, and he took a total of 32 test match wickets scoring 8540 runs, and 118 ODI matches wickets scoring 6721 runs. He is a right-handed batting all-rounder, and he played between 1974 to 1991.

He is considered one of the best all-rounders in cricket and was born on 7 March 1952. He hailed from Britain, and his run rate was around 50.23 per evening in 121 of his matches played.

Sachin Tendulkar is one of the most notable names in the history of cricket. He is a right-handed batsman and played between 1989 to 2013. He played 200 test matches, scoring 15,921 runs and 460 ODI matches, scoring about 18,426 runs. He is also called the best of all time in cricket history; therefore, he had 24 years of international cricket career.

He is the one who scores hundred centuries in the international series, and therefore, he is the best cricket player today. Also, some cricket boards regard him as the greatest batsman in history, and he was the fastest player to score 11,000 runs in test cricket matches.