We have a review and compiled a list of all Willie Mullins runners at the 2020 Cheltenham Horse racing festival.
Mullins believes Al Boum Photo‘s light campaign is a positive as he gears up to defend his G1 Bulmers Cheltenham Gold Cup crown at Cheltenham on Friday, 13 March, the final day of The Festival™ presented by Bulmers.
Al Boum Photo is bidding to become the first horse since the great Best Mate (2002, 2003 & 2004) to win back-to-back editions of Jumps racing’s Blue Riband.
The eight-year-old has followed the same path to this year’s Bulmers Cheltenham Gold Cup, with his sole appearance resulting in a comfortable victory in the G3 Savills Chase at Tramore on New Year’s Day.
Al Boum Photo will be joined in The Festival showpiece by Kemboy, who had his stablemate’s measure in the G1 Punchestown Gold Cup last April. This season, Kemboy has twice met with defeat at Leopardstown, most recently when pushing Delta Work all the way in the G1 Paddy Power Irish Gold Cup on 2 February.
Ireland’s multiple champion Mullins is the all-time leading handler at The Festival, with 65 winners, and landed The Irish Independent Leading Trainer Award for the sixth time in 2019.
Speaking from his Closutton stables in Co Carlow this morning, Mullins said: “Last season just worked out well for Al Boum Photo, going from Tramore to Cheltenham. I did not even enter him for the Dublin Racing Festival this year, just in case I was tempted to run him. I am probably a creature of habit and when something works, we go back, do it again and hope for the best.
“He is going to come into the race nice and fresh, off a nice confidence-boosting prep run. It can be very hard sometimes for Gold Cup winners to come back and win after their Gold Cup. He has done that, albeit in a G3 race, and that is a fair statistic compared to recent Gold Cup winners. Traditionally, they don’t come back and win the following season or their form takes a huge drop. Some of them don’t come back at all and at least he has done that.
“I don’t think it is a tougher Gold Cup – I thought last year’s race was very tough. I don’t know if he is a better horse this year, as I have not pressed many buttons and he is not a horse who advertises himself at home. All I know he is on target from where we were last year and, with age and experience, he should improve. But statistically, Gold Cup winners find it very hard to come back and win. That is against him, but I think his preparation is probably a plus. He is going there in good order and in a good frame of mind. Normal improvement should come given his age and everything, and if that happens, he should have a fantastic chance.
“I have always been very happy with his jumping. Funnily enough, we thought that the day we bought him, even though he fell. That was in France and he fell at the fifth last or something. We had been following him since the time he was a three-year-old, but he was always too expensive.
“He will go for a gallop or school somewhere before Cheltenham. We were discussing that this morning. That will take place wherever we can get in. It will just be a quiet day away. 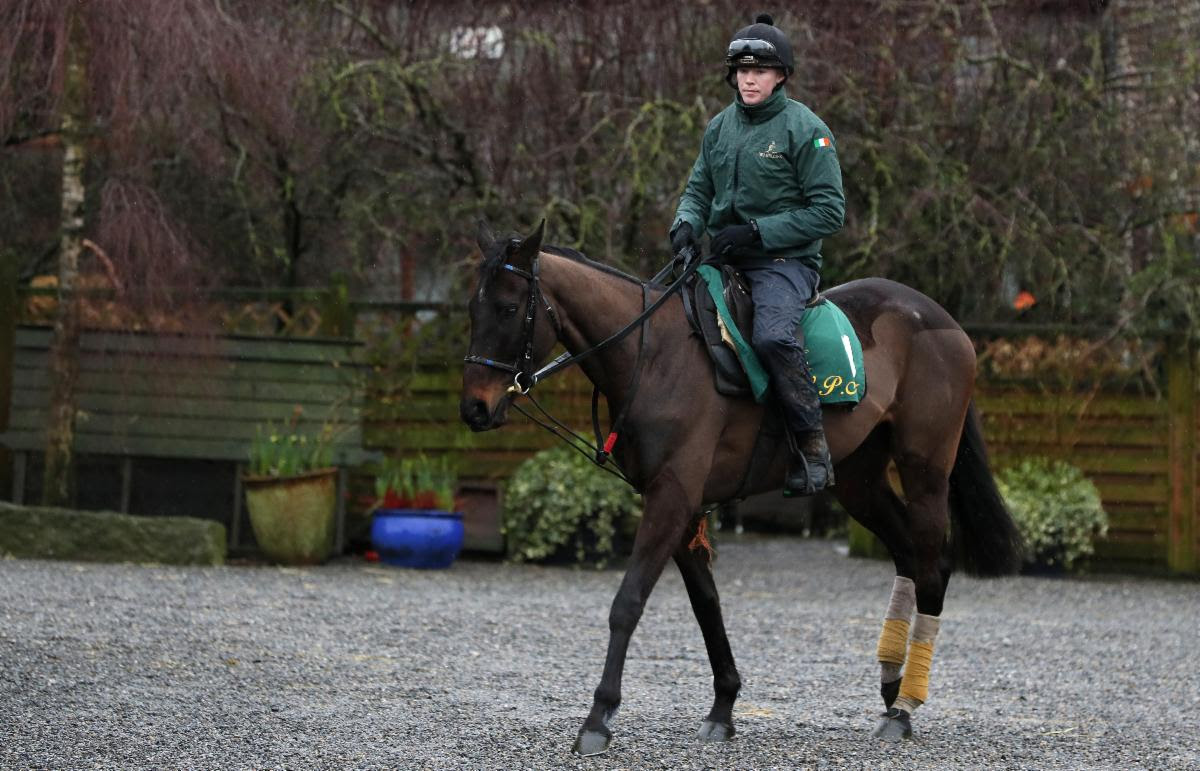 Al Boum Photo
“Kemboy will obviously go for the Bulmers Cheltenham Gold Cup. He fell at the first last year and I don’t like it when a horse falls at a track, but I hope he will be better. He put in a nice round of jumping the other day and his two runs this season have been very good. He needed the run at Christmas and then his run in the Irish Gold Cup was fantastic. If he could get a top three of four finish in the Gold Cup, I would be delighted. I suppose on the last day of The Festival, he has a better chance of getting good ground, which would be a help for him all right.”
Mullins provided updates on a galaxy of stars ahead of The Festival, including Betway Champion Chase hope Chacun Pour Soi and evergreen 12-year-old Faugheen.
Mullins said: “Chacun Pour Soi was much better the other day. He needed the run at Christmas. I think he is improving all the time and I am hoping that he is going to be a big player in the Betway Queen Mother Champion Chase.
“I thought Min around Leopardstown was the horse to beat the last day. Min probably did not jump as well as he needed to. We have always thought the world of Chacun Pour Soi, but they still have to go out and do it. That was the sort of performance we were hoping he had in his locker and he came out and did it.
“Now he needs to improve again, but I feel he can improve because he is only just catching up on experience. He has shown us from day one that he could be different class. The day that we first schooled him in Leopardstown really opened my eyes. I sent him there to follow the graded horses around and, within two fences, Danny [Mullins] and him were in front. He led them around and that was spectacular for a horse of his experience. He was just such a natural at it and he showed that at Leopardstown the other day.
“The Champion Chase is the race a lot of people want to watch in Cheltenham. It is a spectacular race. Everyone likes to knock off another achievement and it would be nice to put that one on our CV.
“Myself and Rich [Ricci, owner] have not spoken about where Faugheen runs. Rich actually texted me last night and said, ‘I know it is your press morning tomorrow, do remember we have not spoken about our plans in Cheltenham for two particular horses!’. I think you can guess who the second one is, and that is the party line.
“I was delighted Faugheen was able to come back and win two G1s at Limerick and Leopardstown. He has been in great shape since and that is all I can say. I could not get over the reaction the in stands at Leopardstown from the time they turned in. It looked like he had a chance, then it looked like Easy Game was going to get up and beat him. I have to say I could not get over the reaction of the people. I am rarely moved on a raceourse but that to me was some reception. Florida Pearl got a great one for his fourth Irish Gold Cup and Hurricane Fly always had a great reception, but I thought Faugheen got the best reception I have ever seen. The people down at Limerick the day he won said the same. He is obviously a horse people have great affection for.
“I was disappointed in myself that I did not go chasing with him last season. I suppose people thought the Stayers’ Hurdle was a nice target for him. He is just a horse I have always wanted to go chasing with before he retires. There is a lot of pressure bringing a horse of that age back, because if the worst happened and he got a bad injury, a lot of that was going to fall back on me. That was the risk I had to take, but I felt the horse was in great form, and he still is in great form. Nowadays, not many horses race past 12 years of age, but a 15-year-old won the other day at Navan. We still have Wither Or Which (winner of the 1996 Champion Bumper) out there at 29 years of age. It is a long life for them. I think there is a lot more life in horses than people give them credit for. 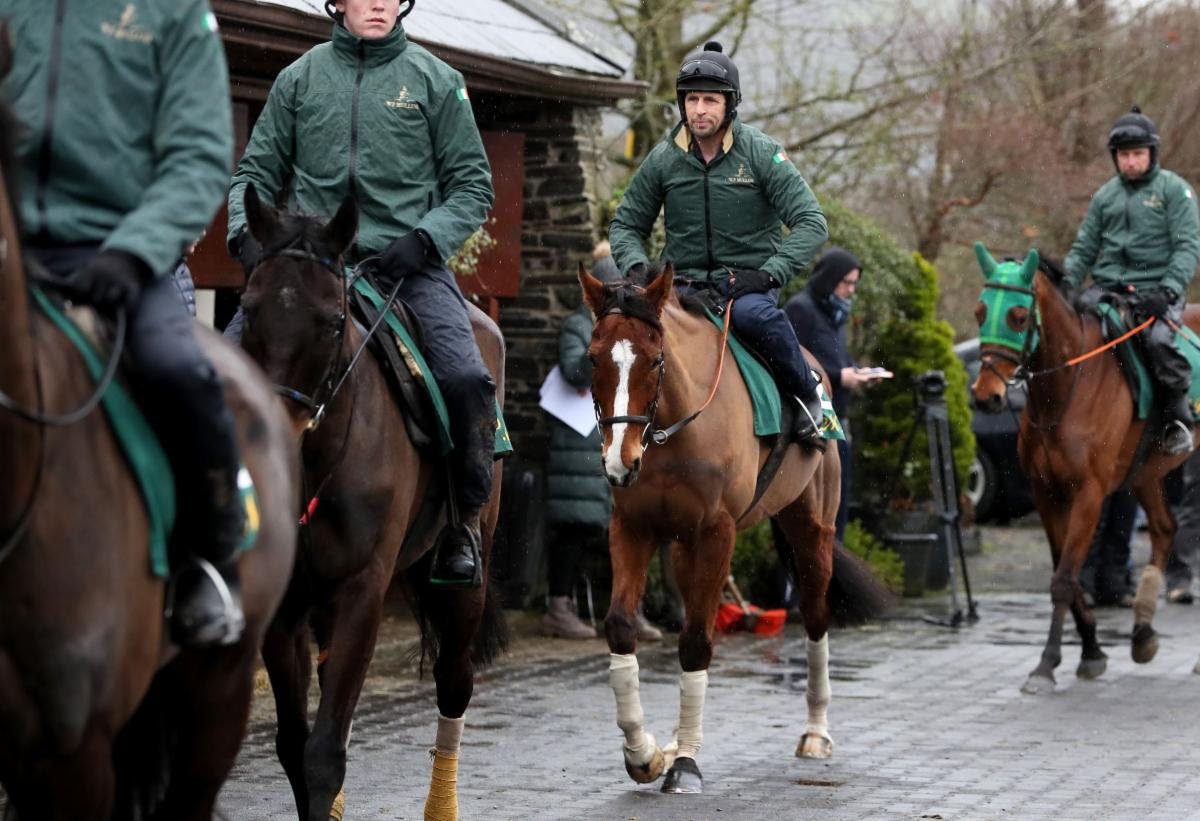 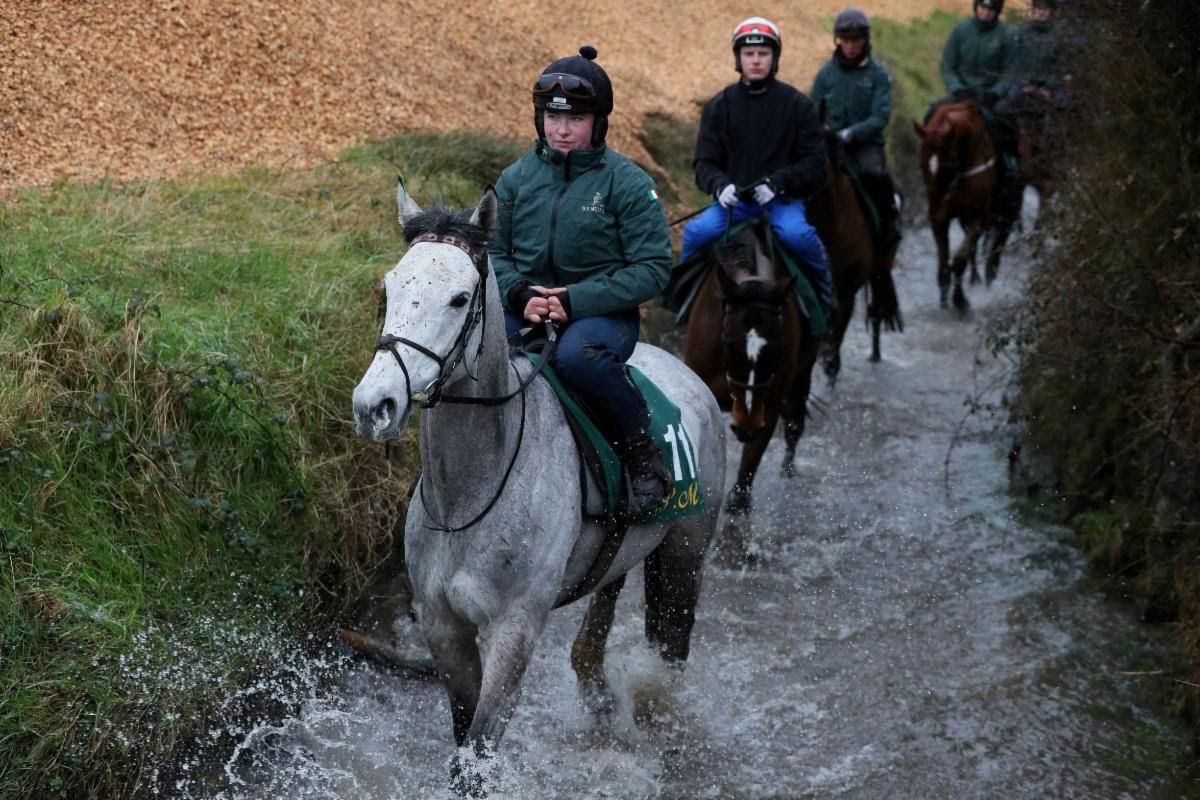 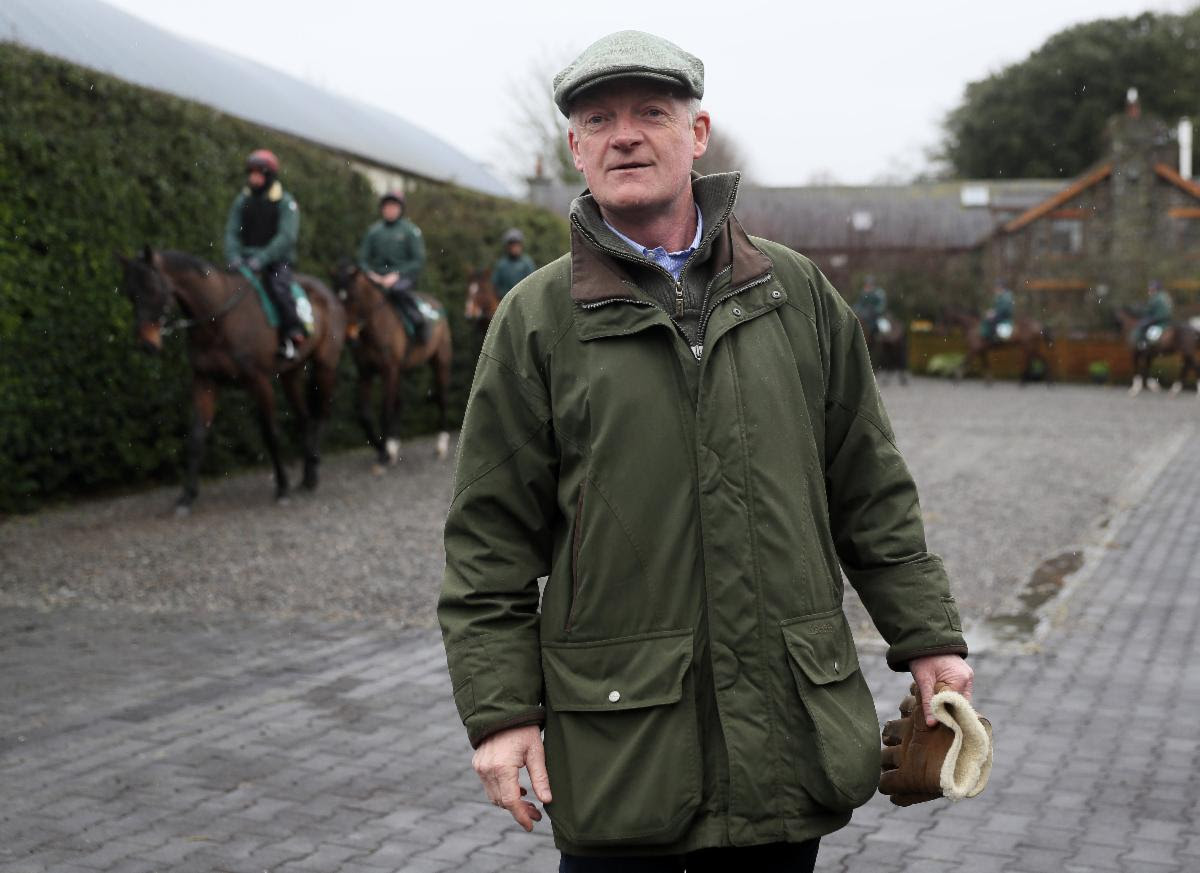