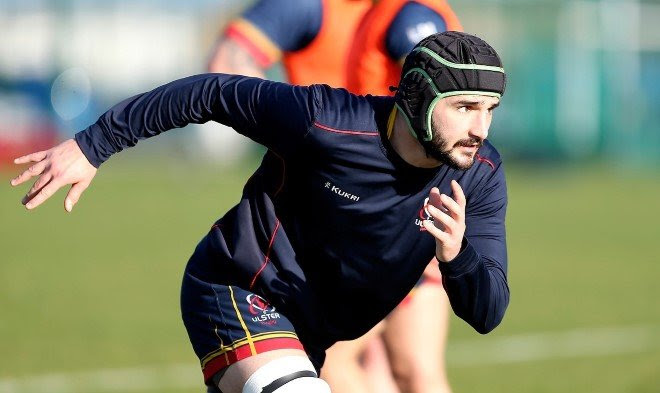 Stuart McCloskey has returned from injury to start alongside Angus Curtis in midfield. Mike Lowry and Robert Baloucoune have been released from international duties, and are named at full-back and right wing respectively, with Ethan McIlroy making a positional switch to the left wing. Billy Burns and Nathan Doak have been retained from last Friday’s victory over Scarlets.

Andrew Warwick is set to start at loosehead alongside John Andrew at hooker, and Gareth Milasinovich makes his first start for Ulster this season at tighthead. Alan O’Connor is once again captain, and will be joined by Sam Carter in the second row. The back row remains unchanged from last week – Greg Jones is named as blindside flanker with Marcus Rea at openside, and Duane Vermeulen at Number Eight.

Declan Moore, currently with the province on loan from Munster and set to officially join Ulster on a two-year deal this summer, is named among the forward replacements alongside Callum Reid, Ross Kane and Mick Kearney. Nick Timoney is also released from Ireland camp to be named on the bench. The back line reinforcements are David Shanahan, Ben Moxham and Rob Lyttle.