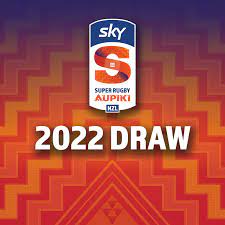 • Round Robin games to be delayed starting on 10 March, competition moving to straight round robin format
• Covid-19 cases/isolation in Blues camp force withdrawal from this weekend’s match
• Chiefs Manawa, Hurricanes Poua and Matatū to play game of three halves on Saturday 5 March
New Zealand Rugby has made the decision to delay the start of Sky Super Rugby Aupiki to ensure squads are not compromised by COVID-19 withdrawals.

All squads are currently impacted with players in isolation, this prevents the Blues from taking the field this weekend, while Chiefs Manawa, Hurricanes Poua and Matatū will now play a game of three halves this Saturday.

The revised format will see the round robin fixtures played across the three match-days currently scheduled, Thursday 10 March, Tuesday 15 March and Sunday 20 March, with a winner crowned based on competition points.

“Clubs are currently managing and mitigating the exposure to COVID-19 in their teams and will relocate to their Taupō bubbles this week as planned.

“Our hope is that by delaying the start of the competition for an extra few days we’ll see players able to return into the environment after recovering from COVID-19, and Sky Super Rugby Aupiki will play out in the bubble.

“This delay and tweak to format gives us the best opportunity to see our teams and players compete in what is a crucial competition for women’s rugby in New Zealand,” said Lendrum.

A Blues spokesperson said they are thankful for the delay to the start of the competition.

“This should allow most of our players to be available for next week’s first round of games, the nib Blues players and staff who are unaffected will travel to Taupo and go into their bubble to await the arrival of other players after they are cleared.”

Draw and kick off times will be announced in due course.