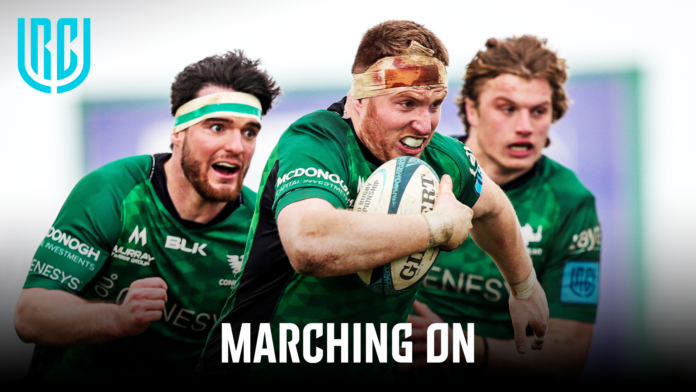 How many of them were included in your fantasy line-up, though, and could you now be persuaded to make changes?

Here, we take a look at the best players by position from the weekend’s matches, with each side afforded a maximum of three representatives in the final XV.

Demonstrated his sidestep skills and pace in a 50-yard dash home to score the Bulls’ sixth and final try in their 45-7 win over Zebre Parma. His 134 metres made was the best in the game and only Elrigh Louw had more than his 10 carries.

His breakaway effort was foiled by a terrific Tommy O’Brien tackle as the Lions mounted a spirited fightback in the 21-13 loss at Leinster. Posted a team-high 88 metres and also made seven carries in a solid display.

Produced a superb one-handed offload before Arendse sent Embrose Papier over and then sliced through from a well-worked set-piece as the Bulls ran riot. Made 80 metres and 10 carries and forced a game-high three turnovers

Got Connacht back into the game with the DHL Stormers down to 14, taking advantage of offloads from Conor Oliver and Conor Fitzgerald to go in under the posts. Also made seven carries and 13 passes as Connacht secured a narrow win.

Delivered an all-action performance which saw him cross for one try and play a part in Scott Penny’s touchdown. Had game-high totals in carries (15) and turnovers (4) and only Max O’Reilly gained more metres than his 89.

Stepping in for the suspended Morne Steyn at fly-half, he produced a flawless goal-kicking display, adding 15 points with a penalty and six conversions in the convincing win in Parma.

Threatened on a brilliant side-stepping run before Dan Leavy came to Leinster’s rescue. Had game-high numbers in passes (63) and defenders beaten (5).

Powered over after a couple of tap penalties to level the game. Had a joint game-high 15 carries and crossed the gain line a match-best nine times.

Had an impact as a replacement, with his stunning offload helping set up Daly for a vital try. Also made 42 metres and had 12 carries in a busy performance.

Appeared in the wide channel at the end of a free-flowing move and found Aphelele Fassi, who beat the final home defender to make the corner in style as the Sharks overcame Benetton in Italy. Also produced eight carries and made 45 metres.

The 20-year-old second row recently made his debut for the Irish province and stood up well to the Lions’ physicality. Made 44 metres and 11 carries and crossed the gain line on eight occasions.

Early Sharks pressure against Benetton was rewarded in the seventh minute as Van Heerden drove over and Curwin Bosch converted. Had eight carries and crossed the gain line four times.

Drove over in the 47th minute after Leinster had played with successive penalty advantages and made 90 per cent of his tackles.

The 31-year-old forced a game-high four turnovers as the Stormers suffered a narrow defeat at Connacht. Helped his team post a 100 per cent scrum win percentage and Stormers also made more than double the number of tackles of Connacht.

Came within inches of a try when he got over the line but was unable to ground the ball. Had six carries and crossed the gain line on three occasions as the Sharks dominated.