Last year’s Ulster finalists Donegal have had a rocky road so far this season, topping their group in Division 1 North but being underwhelming.

They drew two games against Ulster rivals Armagh and Monaghan who will also face off against one another in the first Ulster semi-final. You can see our preview of the game here: Armagh v Monaghan

Their only victory came against the team they will face on Sunday. They defeated Tyrone by a score of 0-16 to 0-18 in an entertaining game.

While league form is not often looked at deeply for when the championship comes around, Donegal’s for the most part have been uninspiring and is not what Declan Bonner would have hoped for.

Since then, they ran over Down in the Preliminary Round of the Ulster championship and defeated a resilient and much-improved Derry in the quarter-final last Sunday.

Tyrone have been a shell of their former self this season. Only winning one of their league games and then being humiliated against Kerry in the league semi-final, managers Fergal Logan and Brian Dooher must be scratching their heads at how poor their side has been as of late.

They came out victors against reigning Ulster champions Cavan in the quarter-finals with a 1-18 to 0-13 win that has put them up with contention once more.

Donegal is a team of two halves, on one side their attacking threat is arguably one of the best in the country, while their defensive issues still remain a large part of their failures in recent years.

After their defensive woes were on full show against Down they did look competent at the back against Derry at times, but it is a point of contention for Tyrone to exploit.

Paddy McBrearty was excellent against Derry, scoring 0-3 and notching over the score of the season in added time to see Donegal progress. He will be hard stopped in this game.

Looking at Tyrone if they can win the midfield battle, they will have a chance to get at Donegal. But if Michael Murphy is fit enough to return, he might be Tyrone’s downfall.

Declan Bonner’s side will be full of confidence after their hard-fought win over Derry, looking great as a free-flowing scoring side in the past two games.

It’s hard not to favour Donegal in this game, Tyrone have simply been out of sorts this year, looking void of idea’s and have shown already when a good team puts it to them, they crumble. 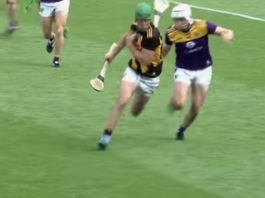 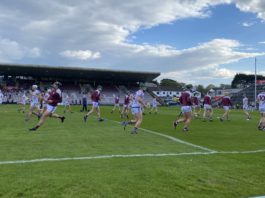