Dublin will face-off against Offaly at O’Moore Park, Portlaoise in County Laois this coming Thursday at 7:30 pm in the U20 Leinster Football Championship Final live on TG4.

The Dubs are coming into this final after narrowly defeating Wicklow at Parnell Park on the 8th of July, winning their quarter-final bout 1-12 to 1-08 in dramatic fashion.

They went on to draw Leinster rivals, Meath, in the semi-finals played in Pairc Tailteann, Navan. The boys in blue came out victorious in a six-point winning margin, beating their historic rivals 0-13 to 4-07 in an entertaining tie.

All in all, Dublin are steadily improving each game, and if the reigning U20 Leinster champions do hit top gear, it can be a long day for whoever they are facing.

Currently, on the 16th U20 Leinster title, they will face off against Offaly in the U20 Leinster Football Championship Final.

Offaly have done as well as one would hope for entering this game, they have battled their way through their last two games. Beating Wexford by a single-point in Chadwicks Wexford Park with a scoreline of 1-09 to 1-10.

Being drawn against Westmeath in the semi-final, they came out two-point victors at TEG Cusack Park in Mullingar, winning by a scoreline of 1-09 to 1-11.

Conceding the same amount as their previous game against Wexford, but scoring an extra point will keep their management team happy defensively, but coming up against this young and vibrant Dublin side, their forward line will have to do more.

While Offaly can cause problems from their midfield, Dublin overall is much better, stronger, faster, fitter and better on the ball, boasting an acute killer awareness in front of goal.

If Offaly is to survive, they will have to win the midfield battle, push up on the kick-outs and hope Dublin’s forward line is misfiring. 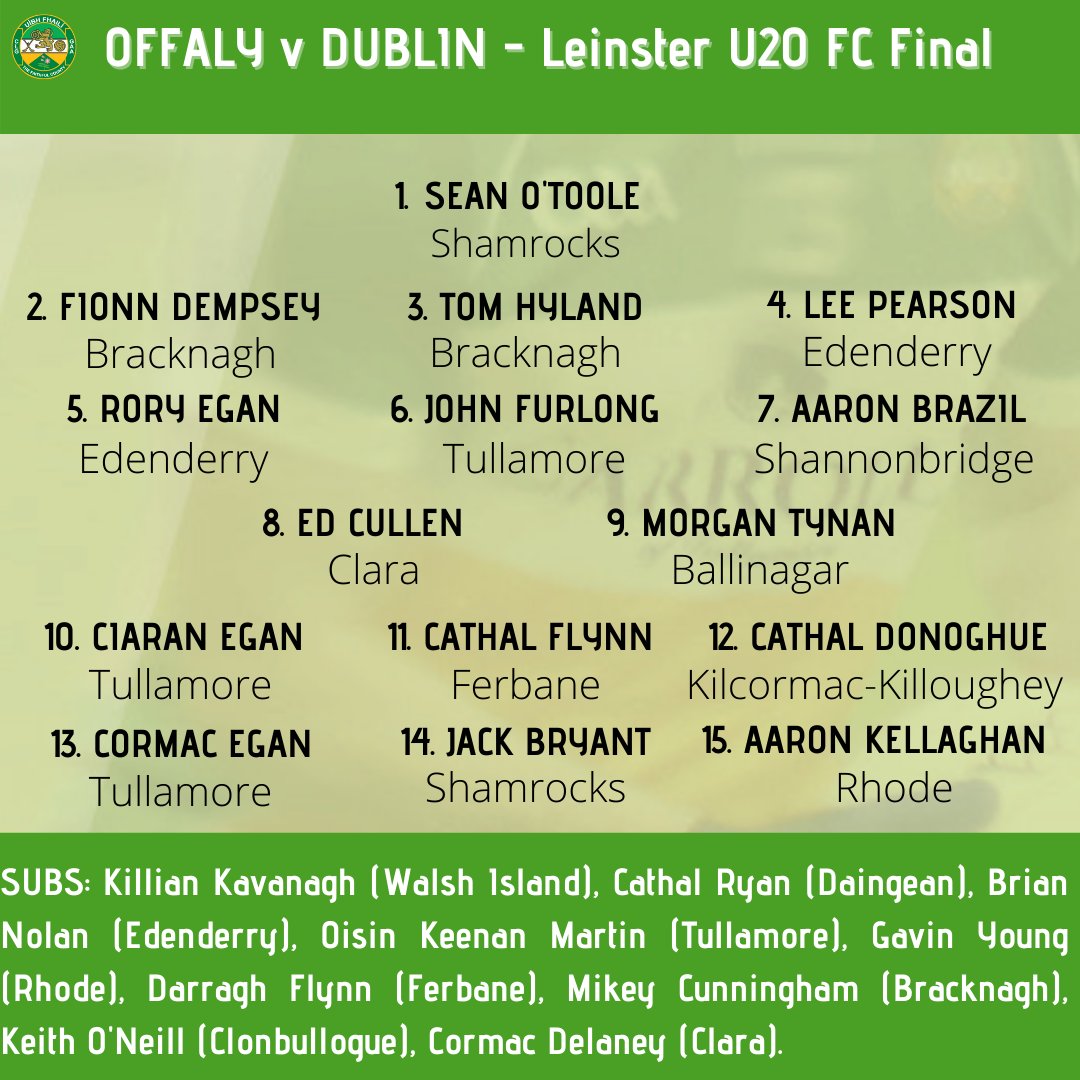 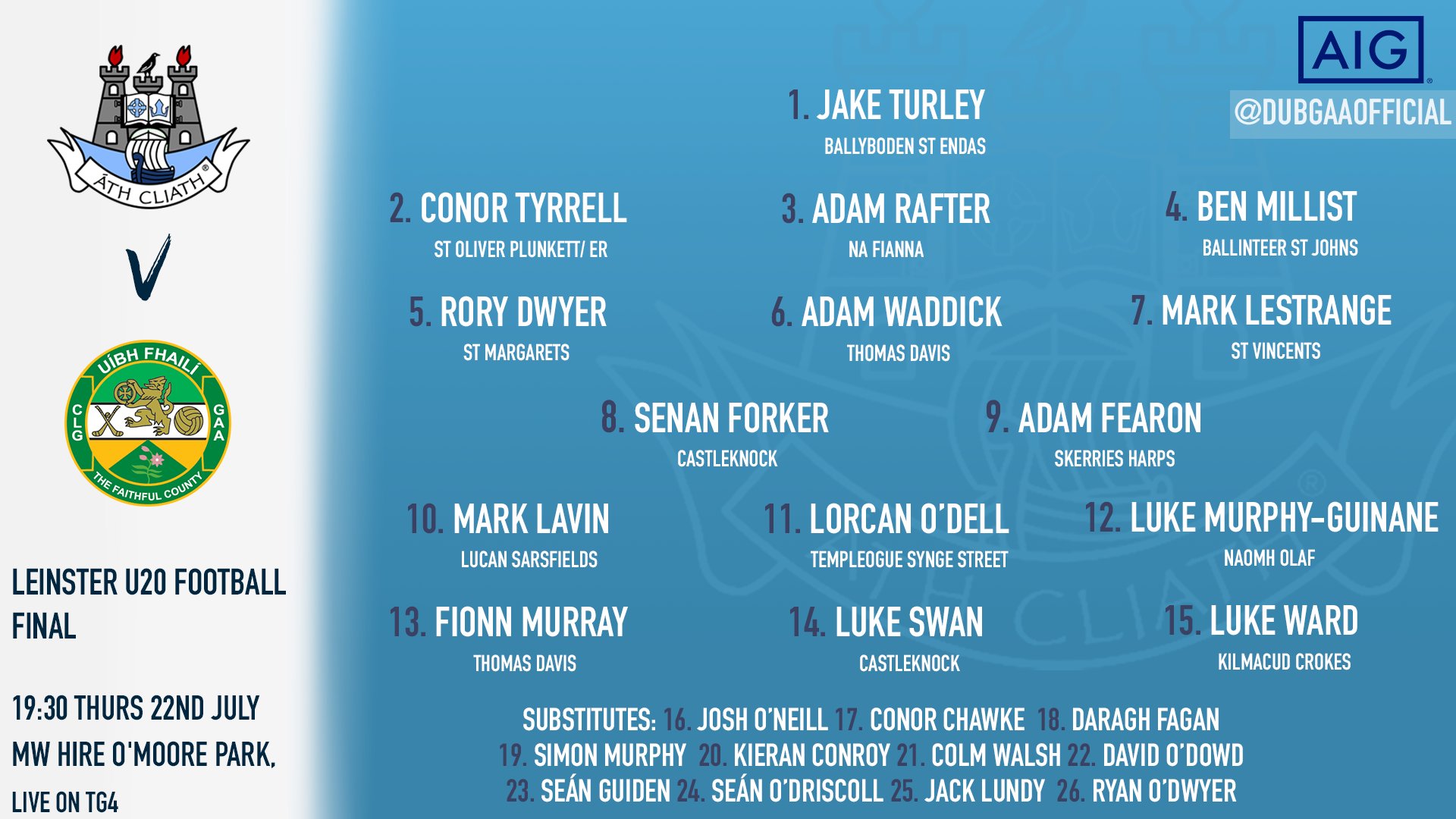