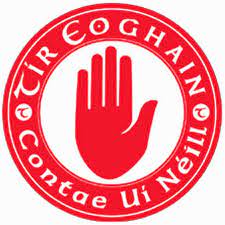 The 2021 LCC Tyrone Senior Football Championship final has its challengers as Dromore and Coalisland Na Fianna won their semi-finals at the weekend to book their spots in the county’s biggest club fixture.

Dromore took down favourites Trillick on live television on Saturday night, with a two-point cushion enough to see them into their first county final since 2012, despite conceding two goals.

Coalisland Na Fianna produced one of the comebacks of the club season as they chased down a six-point lead in the final quarter to bring themselves within one game of silverware.

Dromore started off as the better side in their semi-final clash with Trillick with seven points and no reply.

However, Trillick fought their way back into the game after a Lee Brennan free finally got them on the scoresheet and the side built on from it.

Brennan played in Simon Garrity for the team’s first goal after an impressive run from deep.

The Trillick full-forward was on hand again to score the second goal for his side after Dromore goalkeeper Mark McGale’s poor kickout.

The St Macartan’s side went in at the half with a two-point lead but some stellar defence from their opposition kept them scoreless after 39 minutes.

After Trillick had improved their lead to five points, the Blues revived themselves and veteran Peter Teague started the comeback.

Emmett McNabb capped off an impressive day with several points in the second half to bring his individual tally up to five while the defensive unit kept the young Trillick forwards at bay.

Coalisland Na Fianna scored three goals in the last eight minutes of their semi-final against Errigal Ciarán to take their place in the Tyrone county final.

Errigal looked set to progress after holding their opponents scoreless from play for 50 minutes but were instead left shell-shocked as they fell to a side who finished the game with 13 men.

Cormac O’Hagan’s place-kicking had kept the side within a sniff of their opponents and quick-fire goals from Jason Carberry, Tiarnan Quinn and Brian Toner set the game alight.

Errigal stuttered in attack and O’Hagan buried the winning free late on to seal one of the most incredible comebacks of the year and earn themselves a date with Dromore – the O’Neill Cup being the prize for the winner.