The Ireland Under-16, Under-17 and Under-18 Men’s head coaches have released shortlists after trials were held at the Basketball Ireland National Camp in Gormanston, Co. Meath.

Ireland U16 men’s head coach Pat Price has selected 41 players for the next stage of trials, following initial trials at Gormanston last weekend.

“We are very happy with the turnout, as well as the physical and mental effort by the boys over the weekend. It’s a long process and we’ll learn a lot in the coming months”, Price said.

“It was great to see the large number of players from all around the country that took part in our talent identification session this past Saturday,” O’Reilly noted.

“After such a long time away from the court, the quality of play and the desire to wear the green jersey was evident for all to see.

“Myself and my coaching staff are really looking forward to working with the group of selected players as we move forward to the next phase of our selection process in November.”

Ireland U18 men’s head coach Paul Kelleher has picked 51 players for the second round of selection, following trials at Gormanston last weekend.

“We had an extensive process to identify the players for the next phase of the selection process. We were quite impressed with the talent on show and look forward to more engagement and finalising the squad,” Kelleher said.

The next round of trials are due to take place on November 20th and 21st.

How to Use Skrill for Gambling & Sports Betting 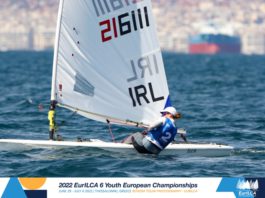