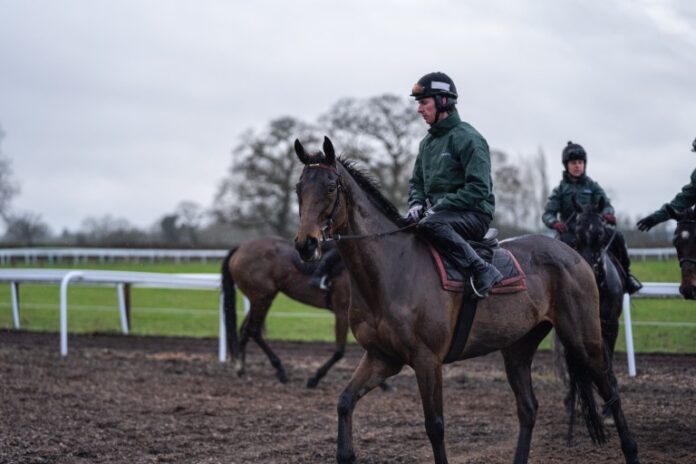 Irish trainer Emmet Mullins has confirmed that Noble Yeats is being aimed for an Aintree Grand National repeat on Saturday 15 April 2023.

Mullins is hoping his stable star can emulate the heroics of Gigginstown House Stud’s Tiger Roll in 2018 in 2019 and says he “cannot see any reason why we shouldn’t fancy our chances once again”.

The Aintree Grand National winner has achieved two victories from three outings so far this season. A Listed win at Wexford in October was followed by a three and a quarter length success in the Grade Two Boylesports Many Clouds on the Mildmay Course back at Aintree last month.

A trip to Lingfield Park for the Fleur de Lys Chase in late January is currently on the cards for the son of Yeats. Mullins is considering a tilt at the Grade One Boodles Cheltenham Gold Cup on March 17 after that.

Only two horses in history have won both the Cheltenham Gold Cup and the Grand National. Golden Miller completed the double in 1934 while L’Escargot scored at Cheltenham in 1970 and 1971 before famously pushing Red Rum into second place when successful in the 1975 Grand National.

Mullins purchased Noble Yeats for £75,000 at Tattersalls Cheltenham Sale in December 2019 for owner Paul Byrne. He was sold privately to the Waley-Cohens after chasing home Ahoy Senor in the Grade Two Towton Novices’ Chase at Wetherby in February 2022.