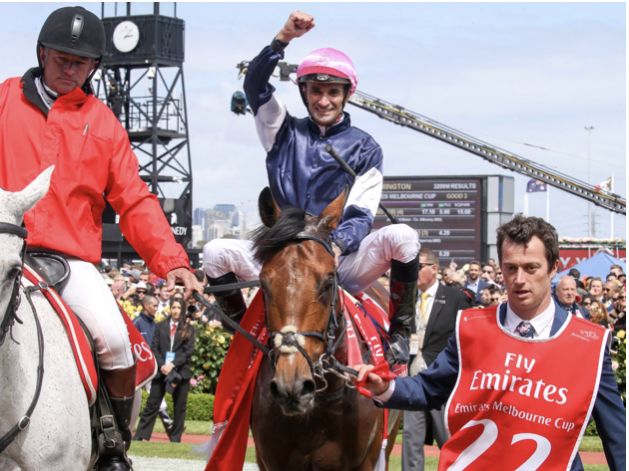 If you follow horse racing, Aidan O’Brien needs little in the way of introductions, nor does his son, Joseph. The father, and later the son, have plundered plenty of the top prizes in racing from around the world, and it’s difficult to see that changing anytime soon.

But the pair both seem to have an eye on the big prizes on offer in Australia in the coming months. With the announcement of entries for the Melbourne Cup 2022, as well as the Cox Plate and Caulfield Cup, on Tuesday 2nd August, we got an idea of some of the international trainers’ plans, and the O’Briens were in the thick of it.

The pair have no fewer than 16 entries in the Melbourne Cup alone. Aidan has six, whereas Joseph has ten. To put that in perspective: Only 13 international runners were declared in total at the same time last year. Of course, we should add the caveat that travel was somewhat restricted last year compared to this one (we hope).

Melbourne Cup is in trainers’ sights

Nonetheless, Aussie bookies like Palmerbet have started weighing up the chances of some of the raiders from abroad, and things look quite interesting for the O’Briens. Here’s a breakdown of the nominations for each of the trainers for the Melbourne Cup:

There are some interesting names thrown into the hat there, and you’d fancy some of them – Changingoftheguard, Point Lonsdale, Baron Samedi – to have a decent crack at the $AUD 8 million Melbourne Cup this term.

Of course, all eyes will be on Joseph. The 29-year-old might still be in his father’s shadow when it comes to winning English Classics, but he is seen as a mercurial figure in Australia. Lest we forget, he has trained two Melbourne Cup winners before reaching the age of 28.

State of Rest can achieve the double

Moreover, this only touches upon the O’Briens’ plans for the Australian spring season, and there’s much more than the purse of the Melbourne Cup on offer. State of Rest, Joseph O’Brien’s Cox Plate winner last year, is among the favourites for the 2022 renewal. State of Rest was fantastic when winning the Prince of Wales Stakes at Royal Ascot in June, and he might just be the best chance for either O’Brien to come away with one of the big ones in October and November.

There is a long way to go, of course. While both O’Briens will bring strong teams to Australia come what may, we are going to see the entrants fall away in the coming weeks. Weights for the Melbourne Cup will be announced on the 6th September, followed by two rounds of nominations in October. Things will look a little different when, for example, the current list of 186 names declared for the Melbourne Cup is whittled down to 24.

Still, from the looks of it, it wouldn’t be surprising at all to see at least one of the O’Briens return from Australia with more spoils to add to their growing list of accolades.