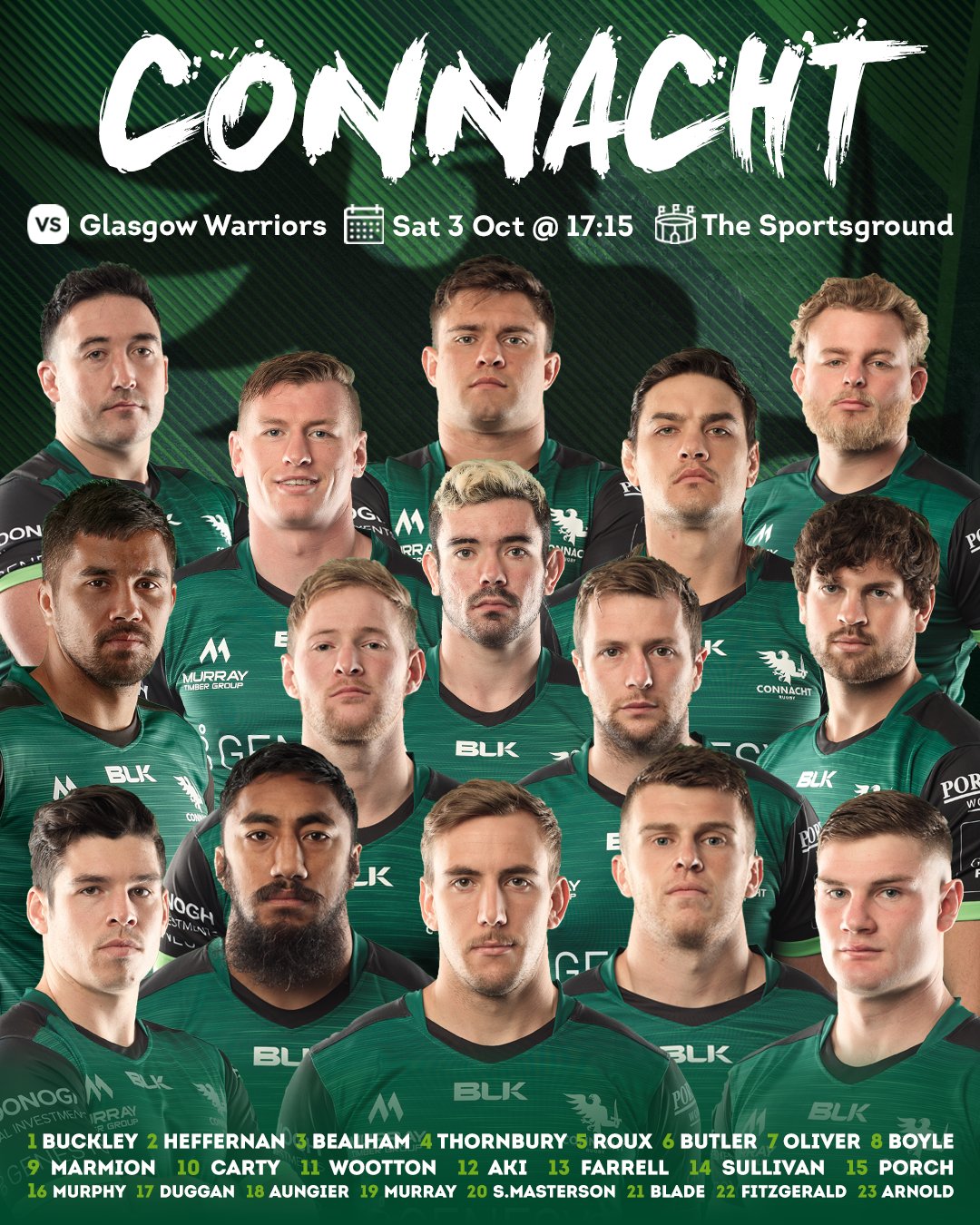 Andy Friend has laid out his ambitious goals for Connacht as the western province kick off thier PRO14 season against Glasgow Warrirs on Saturday at the Sportsground.

The Australian entering into his third campaign in charge has told his players that he wants them to be competitive both domestically and in Europe this season, and that plan begins against the Scottish side who they have failed to beat in their last six meetings on Saturday.

“We had a good chat around that as a team yesterday, around what our goals and our aspirations are for the season. Not too dissimilar to last year, we want to make a home quarter-final. So, in order to do that, you have to win over 90% of your home games and 50% of your away games,” he said.

“You look at any team who have been in the home finals over the last four years and that’s what they have done, the players and the staff are all aware of that. It’s the opening game of the round, which is really important for a lot of reasons, but more important because it is at home. We want to get the season off to a good start and preserve our home record,” Friend added.

In team news Ultan Dillane misses out after going through HIA Protocols during the week.

Jarrad Butler captains the side from blindside, partnered in the back row by Conor Oliver at open-side and Paul Boyle at No 8.

For those missing out on a trip to the Sportsground, the game is live on Eir Sport from 5.15 on Saturday.

Glasgow Warriors Head Coach Danny Wilson has named a matchday 23 containing no fewer than 17 internationals for this weekend’s clash with Connacht, the club’s opening match of the 2020/21 campaign.

Club co-captains Ryan Wilson and Fraser Brown are both selected in the starting XV, as the Warriors look to defend a strong recent record in visits to The Sportsground.

Brown is flanked in the front row by Oli Kebble and D’arcy Rae, with the former making his 50th appearance in Glasgow Warriors colours.

Scott Cummings and Rob Harley are paired together in the second-row, having impressed both in the loose and at the set-piece against Edinburgh last time out.

Matt Fagerson packs down at number eight, with the vastly experienced duo of Wilson and Chris Fusaro starting on the flanks.

Behind the scrum, Ali Price gets the nod to start in the number nine jersey, partnering Adam Hastings in the half-backs.

Stafford McDowall lines up at inside-centre alongside Nick Grigg, with both men having caught the eye in the August win at BT Murrayfield.

The back-three sees Robbie Nairn handed a first start for Glasgow Warriors since the opening match of the 2019/20 season against the Cheetahs in Bloemfontein, as the former Scotland U20 joins Tommy Seymour and Huw Jones in the starting lineup.

On the bench, Aki Seiuli returns to the matchday squad for the first time since February after recovering from a thumb injury to join George Turner – also in line for his 50th appearance for the club – and Enrique Pieretto as the front-row cover.

New signing Fotu Lokotui is in line to make his club debut after being named in the number 20 jersey, whilst Richie Gray completes the pack replacements.

George and Pete Horne start on the bench this weekend, as Ratu Tagive rounds out the replacements.

Speaking to glasgowwarriors.org, Wilson said: “We have been working hard during this mini preseason and now all eye are on the new season.

“We’re looking forward to seeing Oli Kebble and George Turner both make their 50th appearance for the club and we’re excited to see Fotu Lokotui get his first appearance off the bench.

“We know the conditions we could face at The Sportsground and how Connacht like to play, and we’re ready for the challenge they present.

“We’ve worked hard over the last month, and we’re excited to get our season underway tomorrow.”

Glasgow Warriors team to play Connacht in the Guinness PRO14, Saturday 3 August, kick-off 5.15pm, live on Premier Sports 1. You can follow the action in the Live Match Centre on glasgowwarriors.org. Glasgow Warriors appearances in brackets.

Tom Gordon and Zander Fagerson are unavailable for selection for the upcoming game in order to comply with the necessary Scottish Government Covid-19 isolation protocols and to protect the medical integrity of the wider squad.