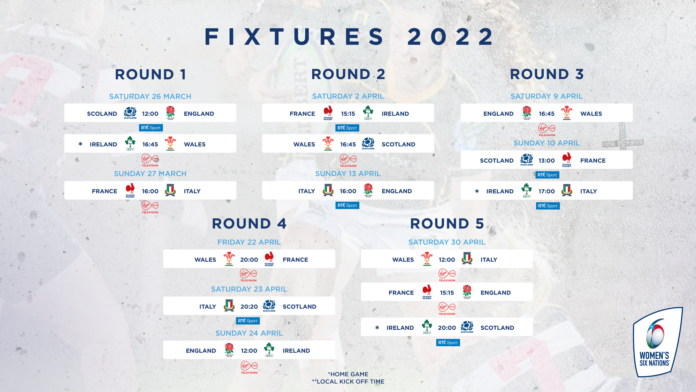 This year sees the 22nd Six Nations taking place. It was back in 2000 that Italy joined the tournament and saw the Five Nations coming to an end. We now see England, Scotland, Wales, Ireland, France, and Italy battling it out to take the title and to lift the trophy.

There is no denying that the Six Nations brings some huge crowds and a sense of excitement that can’t be matched by any other sporting event. What is it that makes this tournament so popular and special? What is it about the Six Nations that leads to a love affair for fans and players alike? Let’s take look.

Something that makes the Six Nations so exciting is the fact that no one knows who is going to win. With the likes of the football World Cup, there are always clear favourites. If the clear favourites don’t win then it is seen as a huge upset. The Rugby Six Nations is wide open with each team having a real chance of victory.

Welsh legend, Shane Williams, spoke with Betway Insider and gave his take on how it really is anyone’s game: “It’s a fast and furious tournament and you know any team could win it. There’s never an out-and-out favourite.”. Given the success of Williams in the Six Nations, he is more than qualified to comment.

The fact that anyone can win means that everyone wants to. This competition brings together some of the very best players in the world and it also brings together countries that have a history of rivalry. Rivalry can be found in any sporting event, but nothing really compares with what is seen here.

With the likes of England going head to head with Scotland, Wales, and France there are always old scores to be settled. There are few sporting events where the teams are so determined to see this done and to emerge victorious.

Some of the best sporting moments

Of course, what else makes the Six Nations so special is the level of entertainment that it brings. Over the last 22 years, it has brought more memorable moments than we could possibly list here. That being said, some of the highlights include:

The tournament that just keeps getting bigger

Year on year, the Six Nations continues to attract bigger and bigger crowds. Its popularity has reached the stage where it now exceeds that of the NFL. Given what we have looked at, there is little wonder that this is the case.

As new generations are being introduced to all that the Six Nations has to offer, there is no sign of its popularity abating anytime soon.